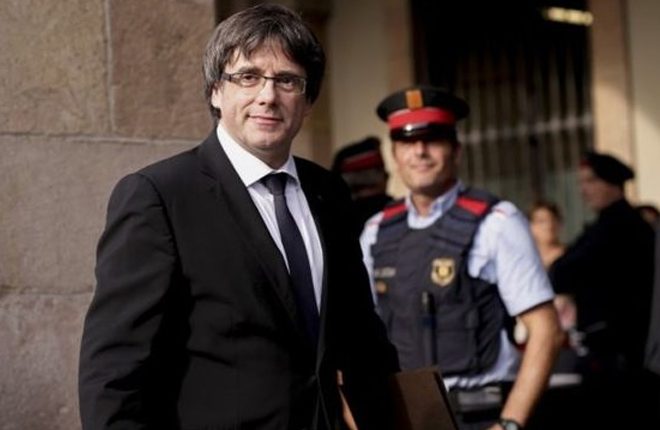 Catalan leader Carles Puigdemont is due to announce his plans for the future of the province amid growing pressure to drop plans to break away from Spain.

There is speculation he may announce a unilateral declaration of independence following a disputed referendum.