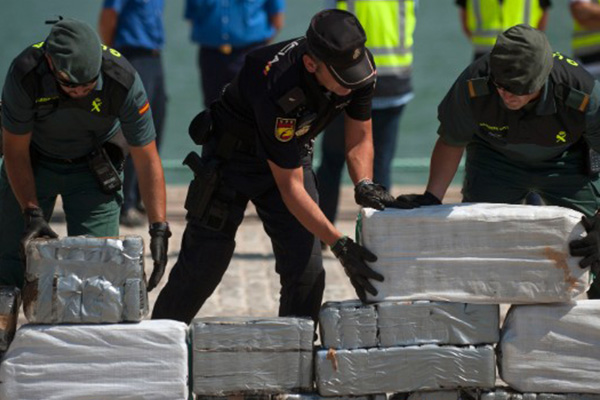 Spain nets a ton of cocaine in floating backpacks

(CNN) — Spanish authorities went fishing for backpacks full of cocaine and netted nearly a ton of the drug after uncovering what they say was a sophisticated undersea smuggling operation.

The ring used packs equipped with a flotation system designed to keep them below the surface without sinking. Spain’s Civil Guard said Monday it has seized 37 of the packs, which were tagged with satellite tracking devices, with nearly 2,000 pounds (900 kilograms) of cocaine inside.

Smugglers had been using the submersible packs to smuggle the drugs between Malaga and Valencia, along the country’s Mediterranean coast, according to the Civil Guard, Spain’s national police force. Investigators had been tracking the suspects since May and made five arrests in those cities, it said.

Authorities seized 72,000 euros ($97,000), three vehicles and an unspecified vessel in the raids. They also impounded jewelry and luxury watches, computer equipment and phones, the Civil