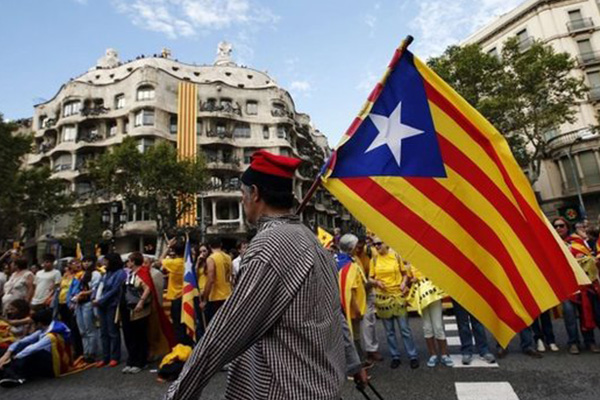 (BBC)—The Spanish government has vowed to block plans by parties in Catalonia to hold a referendum on independence on 9 November of next year.

Mr Mas said agreement had been reached on the date and on two questions.

Mr Mas announced that an agreement had been reached in principle and had still to be approved formally by the parties internally.

Both Spain’s ruling conservatives, the Popular Party of Prime Minister Mariano Rajoy, and the Socialist opposition have long made clear they oppose a referendum.

Catalonia is one of Spain’s most developed regions, with a population of 7.5 million.

It already has a wide degree of autonomy but the recent economic crisis has fuelled Catalan nationalism.

In September supporters of independence formed a human chain across the region.

Mr Mas has previously said that if Madrid blocks a referendum he will turn regional elections – due in 2016 – into a vote on independence.

The EU and Nato have warned that Catalonia would be excluded if it broke away from Spain.