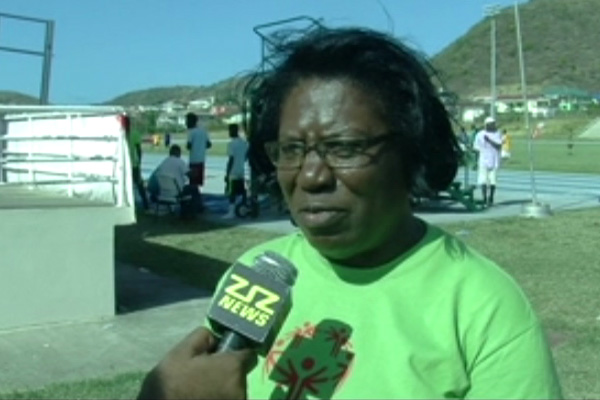 (ZIZ News) — It was a day of fun and friendly competition at the Silver Jubilee Stadium on Wednesday as the St. Kitts-Nevis Special Olympics Board held its National Games.

Athletes competed in several track and field events; each followed by a prize-giving ceremony.

Chairperson of the Special Olympics Board of Directors, Clarice Cotton said participation in the games is very beneficial for the athletes

“When we have Special Olympics games every athlete is a winner. Every athlete gets something when they run. First, second, third medals; fourth, fifth, sixth, right down to seventh place we give them ribbons. And just winning, the joy of winning, having the courage to win, that gives our athletes more confidence in themselves as persons,” she said.

Cotton said the National Games also prepare the athletes for their participation in the World Games later this year In Los Angeles.

“We’re taking six athletes for athletics; the events we’re having today, we’re doing swimming, we’re doing bocce, and we’re doing tennis at those games. We feel that having participated here, gotten the applause of the crowd, the support of their parents, this will help prepare them for L.A.,” she said.

A Special Olympics team from Connecticut also took part in the National Games.