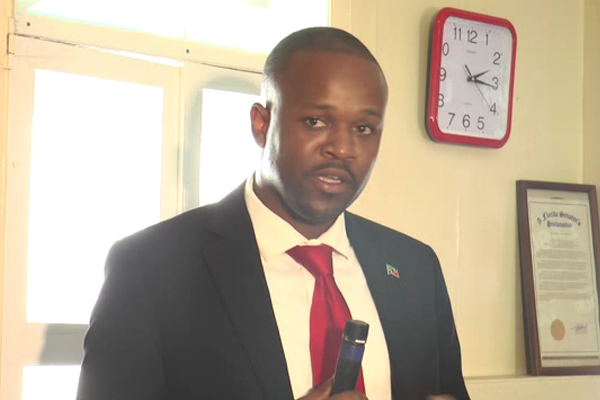 (ZIZ Newsroom) — The springtime candidates for the St. Kitts-Nevis Labour Party say with less than three weeks to go, they are confident of heading to the polls.

Candidate for Constituency #3, Konris Maynard, said he takes great pride in representing the Labour Party in the upcoming election.

“It is a very humbling thing to be asked to stand up for representation for the people of Constituency #3 so, as Nomination Day approaches, we have been nominated to carry out the highest level of public service in a country. That is something that is deeply touching and something that I take very, very seriously,” he said.

Candidate for Constituency #7 Dr. Vance Gilbert said he and his team have been working with his constituents for some time and the ringing of the bell on Tuesday night has put them into high gear.

“And so, the readiness for Nomination Day and Election Day is there. I am one of those people who have inherited. In fact I’ve inherited an entire town. But we are very excited, I’m very excited. Just this morning we were in Cayon, working there and I made a contribution to the Cayon High School of a brand new printer, something they have been in need of for quite a while. So I’m very excited to work with the people of number 7,” he said.

Meanwhile, candidate for Constituency #8 Dr. Terrance Drew said whether or not the boundaries were changed, he and his teammates have always been confident of victory.

“I think that they are going to demonstrate that we are ready. We’re not just ready for that day, but we are ready to take the next General Elections in Constituency #8. And I would like to say that whether or not if the boundaries were realigned we would’ve won #8. Because I think we have put in work, we have touched the people and we have a positive plan and programme that the people have become very enthused about,” he said.

The new candidates were at the time addressing a question from the media at the St. Kitts-Nevis Labour Party’s press conference at the Labour Annex on Wednesday afternoon.