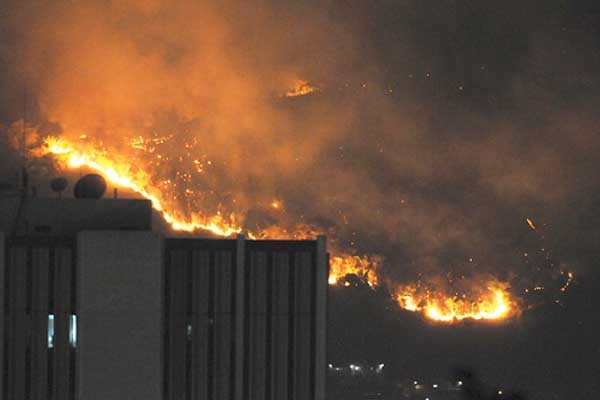 Kingston, Jamaica — Fire fighters battling the blaze in the St Andrew hills overlooking Kingston have reported that major sections of the fire are now under control.

The blaze, which reportedly started on Saturday, destroyed acres of property in and around the Jacks Hill community.

The Office of Disaster Preparedness and Emergency Management (ODPEM) reported that one house was destroyed.