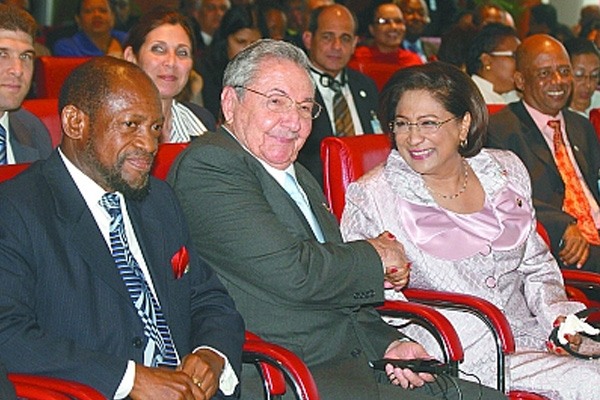 St. Kitts and Nevis Calls On the United States to End Economic Embargo against Cuba

UNITED NATIONS, NEW YORK (CUOPM) — Declaring its support for General Assembly Resolution 67/4 on the “Necessity of ending the economic, commercial and financial embargo imposed by the United States of America against Cuba”, St. Kitts and Nevis has again called for an immediate end to this unilateral action.

“Germane to this concept of exclusion from the international trading arrangement is the trade embargo imposed on Cuba at the height of the Cold War which remains a matter of concern for St. Kitts and Nevis – as it does to the vast majority of nations represented in this important institution,” Prime Minister the Rt. Hon. Dr. Denzil L. Douglas

He told world leaders and their representatives at the 68th General Assembly that the position of St. Kitts and Nevis is based on a commitment to international law, the principles of the Charter of the United Nations, and the obligations under same.

“We, therefore, like so many in this chamber, are concerned over the extraterritorial application and effects of national legislation on the sovereignty of States,” said Dr. Douglas.

He said the continuation of the embargo by the United States is “a contravention of the tenets of international law regarding the sovereign equality of States, non-interference in the internal affairs of States, and harmonious coexistence.”

“In light of the vast number of nations that share this view, therefore, I urge, in the interest of international peace and understanding, that this august body explore new and imaginative means of convincing all involved to bring to a close this unfortunate chapter in hemispheric relations,” said Prime Minister Douglas.