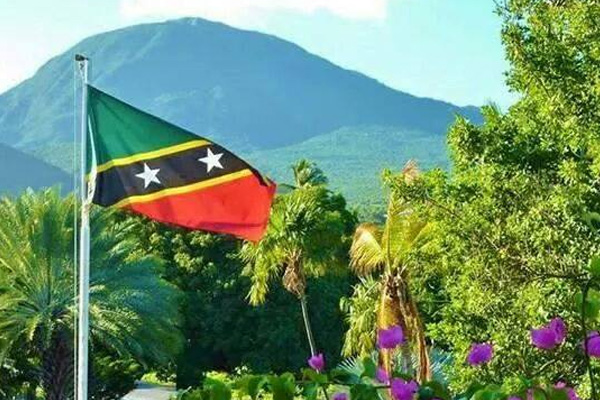 “On behalf of the Government and People of Saint Lucia I wish to convey my heartfelt congratulations to the Government and People of Saint Kitts and Nevis as you celebrate your 31st Anniversary of Independence this 19th September 2014,” the St. Lucia Head of State said in a message to her St. Kitts and Nevis counterpart, His Excellency Sir Edmund Lawrence.

Dame Louisy said St. Lucia looks forward to strengthening the ties that bind “our countries in brotherhood and fellowship as members of CARICOM, the OECS and the Commonwealth as we pursue our common goals of peace, prosperity and opportunity.”

The Commission of the Organisation of Eastern Caribbean States (OECS) in St. Lucia commended Prime Minister the Right Hon. Dr. Denzil L. Douglas and his Government “on the significant progress achieved thus far as well as for the nation’s commitment to building a sustainable future for the OECS.”

It added: “The commission further extends best wishes to the government and people of Saint Kitts and Nevis for continued success, well-being and happiness.”

The Permanent Mission of Colombia to the Organisation of American States (OAS) in Washington, D.C. reaffirmed its commitment “to continue strengthening the diplomatic, cooperation and friendship bonds that unite Saint Kitts and Nevis and Colombia.”

Turkey’s Minister of Foreign Affairs, His Excellency Mevlut Cavusogul in a message to his St. Kitts and Nevis counterpart, the Hon. Patrice Nisbett used the opportunity to reiterate a desire to enhance the existing productivity dialogue and cooperation between Turkey and St. Kitts and Nevis “in bilateral, regional and multilateral fora, such as CARICOM and the Association of the Caribbean States.”

The Turkish Foreign Minister said he was happy to host Minister Nisbett in Istanbul on the occasion of the First Turkey-CARICOM Consultation and Cooperation Mechanism Meeting last July.

The Trinidad-based Secretariat of the Association of the Caribbean States (ACS) in its congratulatory message expressed confidence in St. Christopher and Nevis’ continued commitment to the ACS.

“I am truly heartened by your Government’s participation and fervent cooperation as we pursue the goals of the Association for the benefit of the wider Caribbean, whilst wishing the Government and People of St. Christopher and Nevis peace and prosperity in every regard,” said the congratulatory message from the ACS.