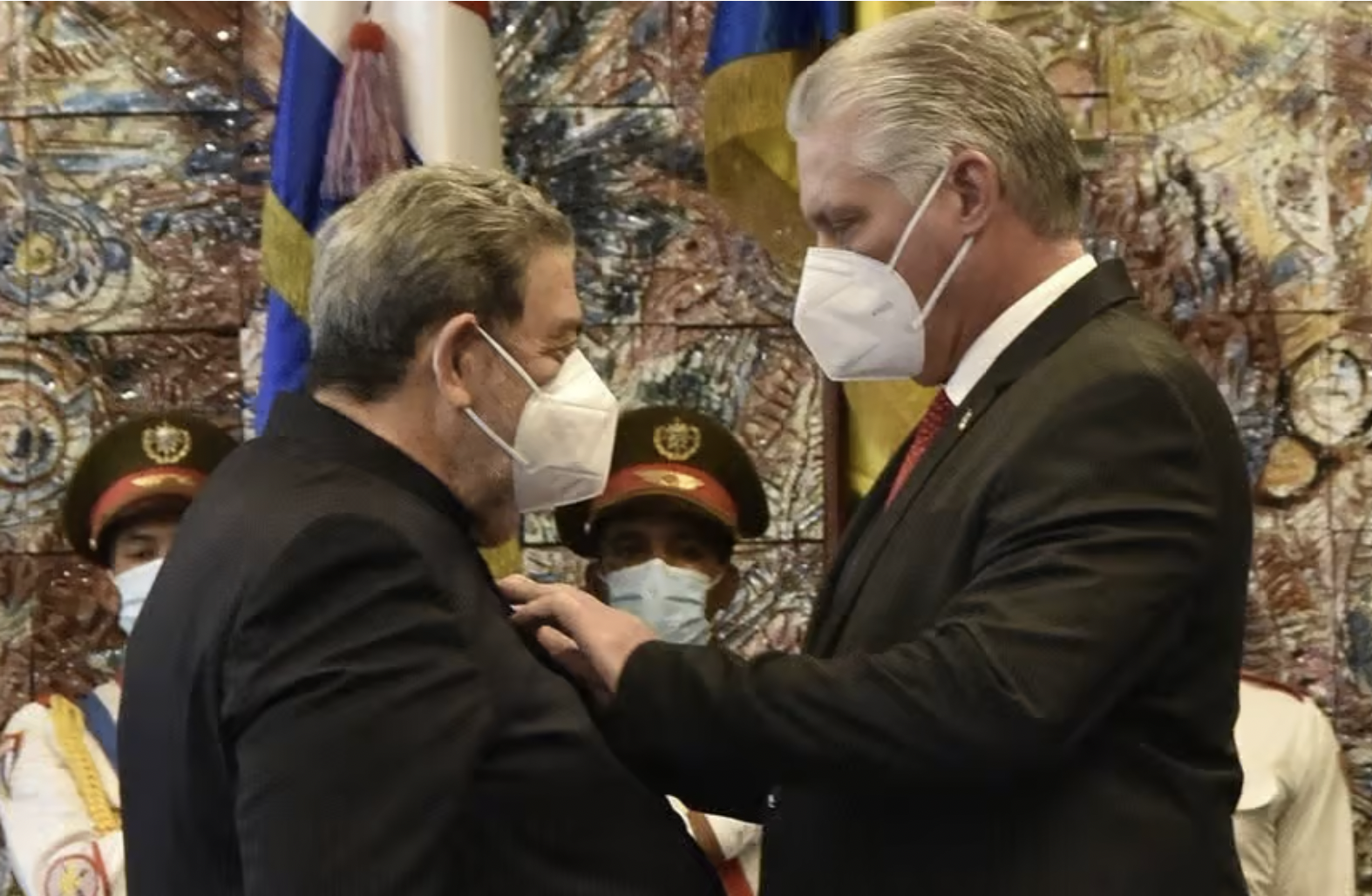 May 26 2022 — Saint Vincent and the Grenadines’ prime minister, Ralph Gonsalves, have been awarded the order of Jose Marti by the Government of the Republic of Cuba.

President Diaz-Canel conferred the order on the St Vincent leader, which is Cuba’s highest award named after Cuba’s National Hero, who became a symbol of Cuba’s independence struggle.

The Vincentian leader thanked the Cuban government on behalf of his people and the entire Caribbean, who feel a deep love for José Martí, Fidel Castro Ruz and the Cuban Revolution, he said.

Speaking at the ceremony Gonsalves said his personality was forged in decades of activism in the anti-imperialist ideas and ideals of Martí. In addition, he described the delivery of the order as an honour and dedicated it to the youth of Saint Vincent and the Caribbean.

Gonsalves while in Cuba will meet with Cuban government officials, visit scientific institutions, and participate in the 21st Summit of the Bolivarian Alliance for the Peoples of Our America-Peoples’ Trade Treaty (ALBA-TCP) to be held Friday in Havana.

As part of his official visit to Cuba, Gonsalves paid tribute to Jose Marti at the memorial that bears his name.