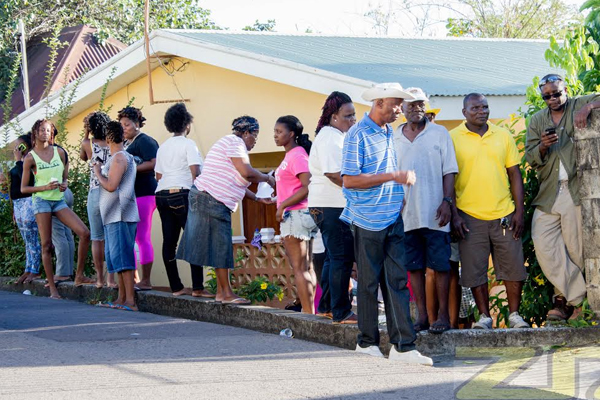 Strong Voter Turnout In And Around Basseterre

ZIZ News — From as early as 6:30am, voters gathered outside polling stations, ready to cast their ballots and choose who will govern St. Kitts – Nevis over the next five years.

Young and old persons from every sector of society, eagerly lined up to get in and place their “X” on the ballot.

At each polling station, small booths were set up, offering assistance to voters who might have been unsure of where to vote.

Outside the Basseterre Police Station in Constituency#1, ZIZ News caught up with Ambassador Frank Almaguer, the Head of the OAS Electoral Mission.

“The OAS is invited by member states of the western hemisphere to observe elections. Our job is to understand the process leading up to elections, to observe election day proceeding, and then at the end of the process, to review our observations and prepare a report for the Secretary General of the OAS and for the member states and this report is an opportunity for the member states to understand how the process went in the country and also the lessons learned so that not just St. Kitts and Nevis, but other countries can take advantage of the experience so that they too can improve their voting processes,” he explained.

At the Wesleyan Holiness Church in Constituency #2, there was a strong turnout of voters as the line spilled into the street.

At polling stations in Constituency #3, it was more of the same: long lines and early voter turnout. Some persons arrived almost two hours before the polls opened.

A similar situation was seen in Constituency eight as officials from both parties were reporting smooth sailing as voters came out in their numbers.

In all constituencies visited, officials reported no conflict and a well-mannered electorate as they got down to the business of choosing the Government of St. Kitts and Nevis for the next five years.