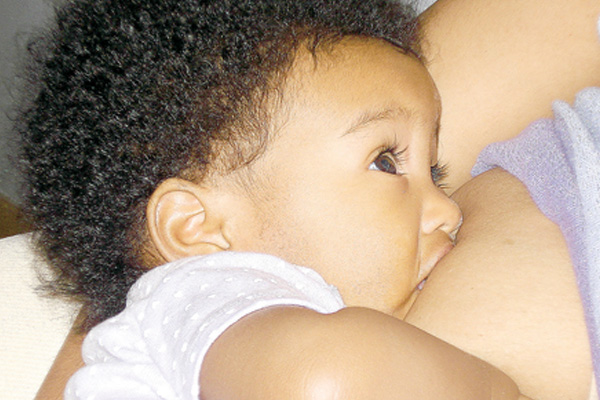 Paris, France (AFP) — People breastfed as infants have higher intelligence scores in adulthood, and higher earnings, according to a study published Wednesday that tracked the development of 3,500 newborns over 30 years.

And, critically, the socioeconomic status of mothers appeared to have little impact on breastfeeding results, according to a paper published by The Lancet medical journal.

“The effect of breastfeeding on brain development and child intelligence is well established,” lead author Bernardo Lessa Horta of the Federal University of Pelotas in Brazil said in a statement.

What has been less clear, is whether the effects persist into adulthood, and whether a mother’s socioeconomic status or education level played a bigger role in the outcome of previous studies than her choice to breastfeed or not.

“Our study provides the first evidence that prolonged breastfeeding not only increases intelligence until at least the age of 30 years but also has an impact both at an individual and societal level by improving educational attainment and earning ability,” said Horta.

“What is unique about this study is the fact that, in the population we studied, breastfeeding was not more common among highly educated, high-income women, but was evenly distributed by social class.”

Horta and a team analysed data from another study of children born in Pelotas in 1982.

Information on breastfeeding was compared to IQ test results at the average age of 30 years, as well as the educational achievement and income of 3,493 participants.

“The researchers divided these subjects into five groups based on the length of time they were breastfed as infants, controlling for 10 social and biological variables that might contribute to the IQ increase including family income at birth, parental schooling, genomic ancestry, maternal smoking during pregnancy, maternal age, birthweight, and delivery type,” said the statement.

“While the study showed increased adult intelligence, longer schooling, and higher adult earnings at all duration levels of breastfeeding, the longer a child was breastfed for (up to 12 months), the greater the magnitude of the benefits.”

An individual breastfed for at least a year as a baby gained a full four IQ points, had 0.9 years more schooling, and an income of 341 Brazilian Reals (98 euros, $104) higher per month at the age of 30, compared to those breastfed for less than one month, the study found.

“The likely mechanism underlying the beneficial effects of breast milk on intelligence is the presence of long-chain saturated fatty acids (DHAs) found in breast milk, which are essential for brain development,” said Horta.

“Our finding that predominant breastfeeding is positively related to IQ in adulthood also suggests that the amount of milk consumed plays a role.”

In a comment also carried by The Lancet, Erik Mortensen of the University of Copenhagen said the findings had important public health implications.

“However, these findings need to be corroborated by future studies designed to focus on long-term effects and important life outcomes associated with breastfeeding.”