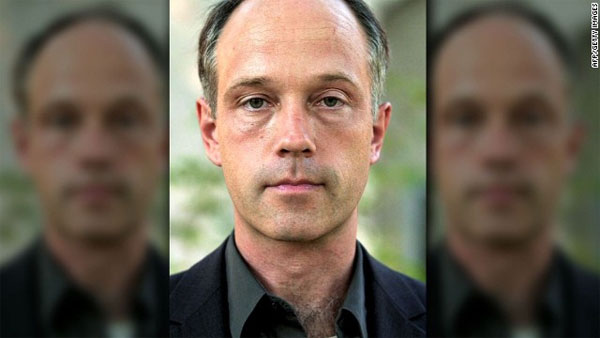 Swedish Radio said Horner was shot on a street near a Lebanese restaurant in Kabul, the same site where a bomb went off in January. He was doing interviews at the time ahead of elections scheduled for next month.

He was shot in the back of the head, and pronounced dead at a Kabul hospital.

An Afghan police statement said the journalist, who had been travelling in a car with his interpreter and driver, had arrived in the city just days before.

It said police were questioning his driver and interpreter.

“Nils was one of our absolute best and most experienced correspondents and what has happened to him today is terrible. We are now trying to get as many details as we can,” Swedish Radio’s Director-General Cilla Benkö said in a statement, describing this as one of the worst days in the corporation’s history.

“We know there are high-risk areas. Kabul isn’t an area Swedish Radio should not cover.”

Horner, 51, had travelled across Asia for his work, covering the 2001 fall of the Taliban in Afghanistan, the 2004 tsunami in Asia and the Iraq war.

“Among Swedish journalists, Nils was a legend. He was famous for always being on the road, going from country to country, from hotel to hotel. For many years he didn’t even have an apartment,” said Johan Nylander, a Swedish journalist based in Hong Kong.

“For him, interviewing people from the Indian slum was as interesting and important as visiting the Japanese parliament. He gave a voice to the people that didn’t have one, and brought life to the forgotten corners of Asia,” Nylander said.

“Everyone in Sweden will remember him as the voice coming out of Asia,” said fellow journalist Per Liljas, who was with Horner just before he departed for Kabul.

He was known for always being in the right place at the right time, he said.

“Sometimes it felt like he was there before things happened,” Liljas said. He described his friend as humble, kind and considerate, saying he was “a huge role model” for younger journalists.

The attack comes as Afghanistan prepares for the withdrawal of NATO forces and landmark presidential elections scheduled for April 5. The Taliban have threatened to attack anyone who takes part.

Afghan troops, supported by NATO, are helping secure the elections.