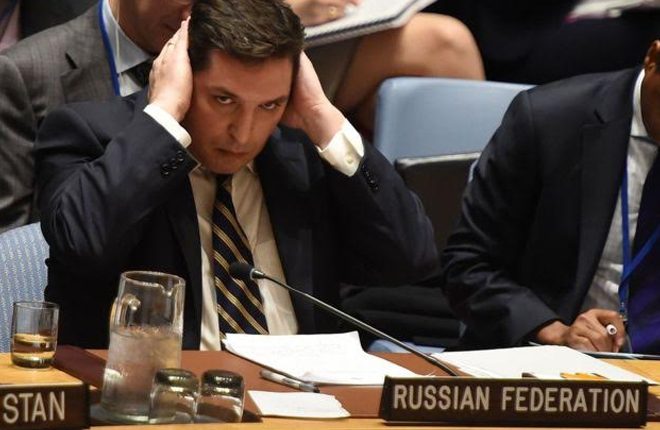 Russia has been sharply criticised by other world powers at the UN Security Council in New York over the chemical weapons deaths in northern Syria.

Moscow’s suggestions that civilians were poisoned by rebel weapons on the ground have been widely rejected.