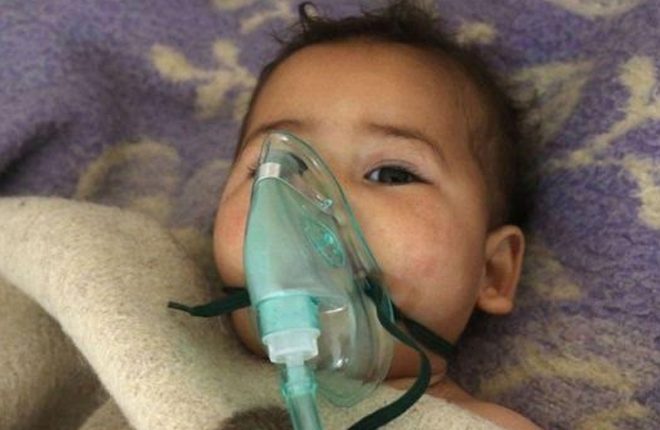 At least 58 people have been killed and dozens wounded in a suspected chemical attack on a rebel-held town in north-western Syria, a monitoring group says.

The Syrian Observatory for Human Rights reported that strikes on Khan Sheikhoun by Syrian government or Russian jets had caused many people to choke.