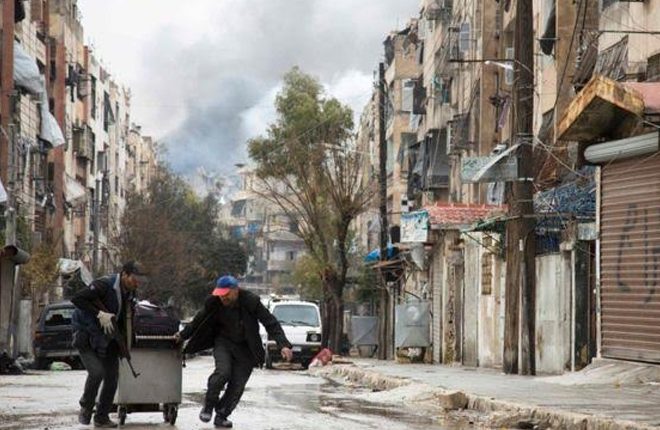 A deal to evacuate rebel fighters and civilians from eastern Aleppo has stalled, with heavy shelling reported in the Syrian city.

A ceasefire was declared in Aleppo on Tuesday and buses brought in to ferry people out of the devastated enclave.