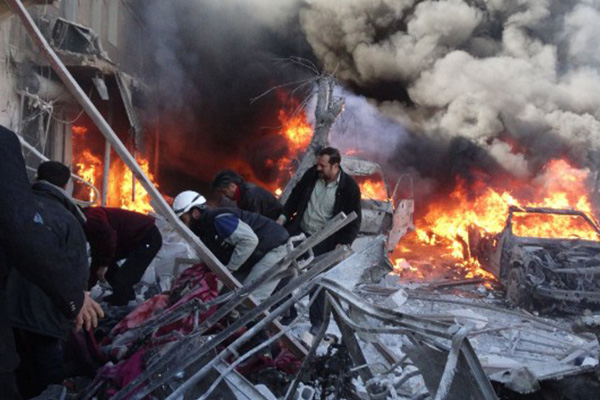 Syria intends to finish the process by March 1, which would be in line with deadlines set by the Organisation for the Prohibition of Chemical Weapons (OPCW), he said.

Bogdanov warned against “dramatizing the situation around demilitarization.”

The head of the OPCW urged Syria last week to speed up the process of removing the chemicals earmarked for destruction outside its territory.

“While the two shipments (of chemicals) this month represent a start, the need for the process to pick up pace is obvious,” Director-General Ahmet Uzumcu told the body’s executive council on Friday.

The chemicals were loaded onto ships at the Syrian port of Latakia and taken into international waters for destruction.

Uzumcu said the Syrian government had reiterated its commitment to completing the program of destruction, while voicing concerns about the security situation in the country.

The OPCW has set a target of destroying Syria’s “priority” chemicals by March 31 and its entire chemical weapons stockpile by the end of June.