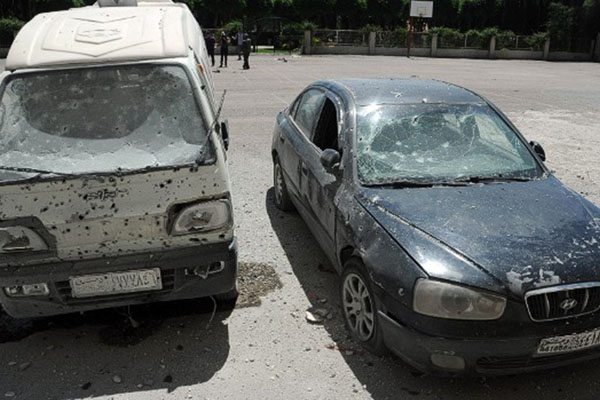 (CNN) — More than 50 people were killed in “terrorist” mortar and car bomb attacks in the Syrian cities of Damascus and Homs on Tuesday, state-run Syrian Arab News Agency reported.

A car bombing in Homs killed 36, SANA reported, citing an unnamed source in the area. Scores were injured in the attacks in the two cities, SANA reported.

Well over 100,000 people, including many civilians, have been killed in the war.