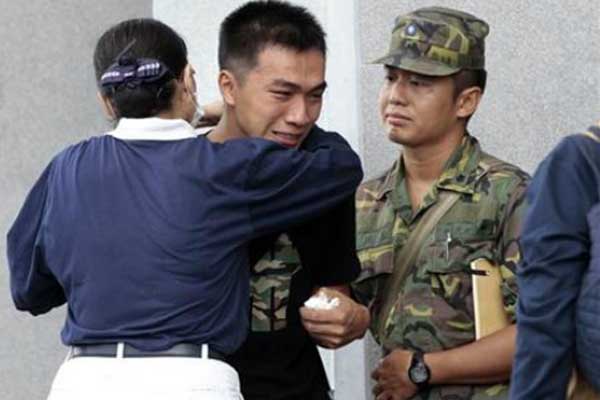 XIXI, Taiwan (AP) — The 10 survivors of Taiwan’s worst air disaster in more than a decade include a 34-year-old woman who called her father after scrambling from the wreckage and seeking help at a nearby home.

Hung Yu-ting escaped through a hole in the fuselage that opened up after the plane ploughed into homes Wednesday while attempting to land on the outlying resort island of Penghu, killing 48 people.

“She called me on the phone to say the plane had crashed and exploded but that she had already crawled out and I should come right away to get her,” said Hung’s father, Hung Chang-ming, who lives just a few hundred meters (yards) from the crash site.

Hung rushed to the scene, but his daughter had already been taken away by rescuers.

“When I was halfway there the fire was still really big, but it was smaller when I arrived on the scene,” Hung told reporters. “There were two other injured outside and the first ambulance had already taken away three, including my daughter.”

Hung Chang-ming joined rescuers and other residents in putting out the fire and rescuing other survivors before going to the hospital to check on his daughter.

Hung Yu-ting was recovering Friday from burns to her arms, legs and back suffered during her escape. The condition of the other survivors wasn’t immediately known.

Other relatives weren’t so luckily, some recalling the last phone conversations with their loved ones.