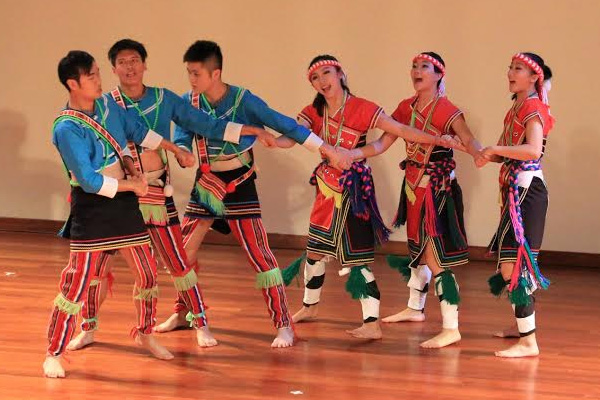 Around 400 students from the CFBC and different high schools attended that splendid cultural event.

In his welcoming remarks, Ambassador Tsao conveyed gratitude to the attendance by Governor General, Sir Edmund Lawrence, PM Denzil Douglas and other Ministers and was impressed by the presence of hundreds of school students and teenagers.

He stressed the important of the exchange programme and expressed congratulations on behalf of the Taiwanese youth ambassadors during the 31st independence anniversary celebrations.

The top ranking Taiwan diplomat thanked on behalf of the Government and People of the ROC (Taiwan) the cordial relationship, fraternal friendship and staunch support for Taiwan’s meaningful participation in international organizations garnered from the SKN Government and People.

Prime Minister Douglas expressed thanks to the youth ambassadors coming from Taiwan, for the SKN’s Independence programme.

He reiterated the firm commitment for strengthening the bilateral relations between the two nations that has been forged since 1983.

Dr. Douglas also manifested his appreciation at Taiwan’s long-termed assistance and sharing, through cooperative projects in the fields like renewable energy, ICT programme and agro-tourism.

Performance programmes like calligraphic art, cultural shows, classic and modern dances, singing and rapping, acrobatics and physical exercises were demonstrated to the viewers and audiences. Responses were regarded as reciprocal and highly-interactive.

Members of the Youth Ambassadors expressed their appreciation at the warm reception and treatment received from the St. Kitts and Nevis Government and People and the breath-taking sceneries along the tour routes.

They were of the same opinion that a return to this beautiful and serene Caribbean country is highly and delightfully anticipated.