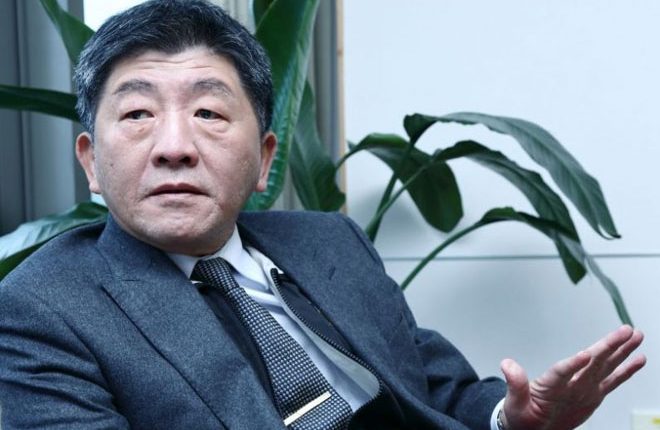 Taiwan’s National Health Insurance program is a global benchmark in universal coverage and offers valuable lessons in delivering high-quality, cost-effective medical care for all, according to Minister of Health and Welfare Chen Shih-chung.

In an interview with Taiwan Today in the run-up to the 23rd anniversary of the NHI’s establishment March 1, Chen said Taiwan’s wealth of experience can help the World Health Organization realize its top priority as specified by WHO Director-General Tedros Adhanom of achieving universal health care around the world. Taiwan would welcome the opportunity to share its expertise by participating in the 71st World Health Assembly, the decision-making body of the WHO, May 21-26 in Geneva, he added.

“The NHI is based on the principle of leaving no one behind. All citizens and foreign residents are enrolled,” Chen said, adding that Taiwan has consistently expanded coverage over the years.

In 2013, all 60,000 prison inmates were added to the program. A further measure broadening coverage was implemented in December 2017 when babies born in Taiwan to foreign residents—previously only eligible to join at six months old—were included at birth. Chen said this demonstrates Taiwan’s respect for health care as a fundamental human right.

NHI users can access a wide range of services spanning Western medicine, dental care and traditional Chinese treatments at affordable prices. To ensure fairness, premiums are set as a proportion of an individual’s income.

This figure is currently 4.69 percent for employees, who pay 30 percent of this amount, with their employers contributing 60 percent and the government the remainder. In a survey conducted by the Ministry of Health and Welfare last year, 85 percent of respondents expressed satisfaction with the NHI.

“The NHI Administration under the MOHW is the single payer for all medical services. This arrangement ensures high levels of efficiency by significantly reducing administrative spending,” Chen said.

In 2017, these expenses accounted for 0.9 percent of total outlays. According to the minister, this was the lowest in the world.

In addition to controlling costs, the NHI has led to continuous improvements in public health through the regular introduction of cutting-edge medications and treatments, Chen said. Recent initiatives include the addition in January 2017 of newly developed antiviral hepatitis C drugs for patients with advanced forms of the disease, he added.

This move is expected to bolster public well-being as the illness, a major cause of liver cancer, is estimated to affect up to 600,000 people, according to Taiwan nonprofit Liver Disease Prevention and Treatment Research Foundation.

In 2017, the NHIA allocated NT$2.4 billion (US$82 million) for the expensive, highly effective oral hepatitis C medications, providing the drugs to some 9,300 people. This year, a total of NT$4.25 billion has been earmarked with the goal of helping an additional 17,000 patients.

“This is money well spent. Dealing with the disease now will save a lot in the long term by preventing more serious health conditions,” Chen said.

Since the launch of the NHI, average life expectancy in Taiwan has risen from 74.5 to 80.2 years. This increase has drawn global recognition, with more than 50 foreign delegations visiting to learn about the program last year alone, Chen said.

According to the minister, in light of Taiwan’s rapidly aging population and the pressure this will place on medical care spending, the government is moving to ensure the long-term financial viability of the system.

A major step in this regard came in 2013 with the launch of the second-generation NHI. Among other changes, the government boosted revenue by levying a 2 percent charge—lowered to 1.91 percent in 2016—on supplementary income such as bonuses and stock earnings. This measure expanded the program’s premium base while making contributions more reflective of an individual’s full income.

According to Chen, another round of reforms will be launched in the next three to four years with the aim of further boosting overall efficiency and ensuring fairness in premium contributions.

“While no national health insurance program in the world is perfect, Taiwan’s model has been a resounding success and can serve as a reference for other nations,” he said. “Through technical meetings at the WHA, Taiwan can learn from other countries and give back by sharing its health care expertise.” (OC-E)