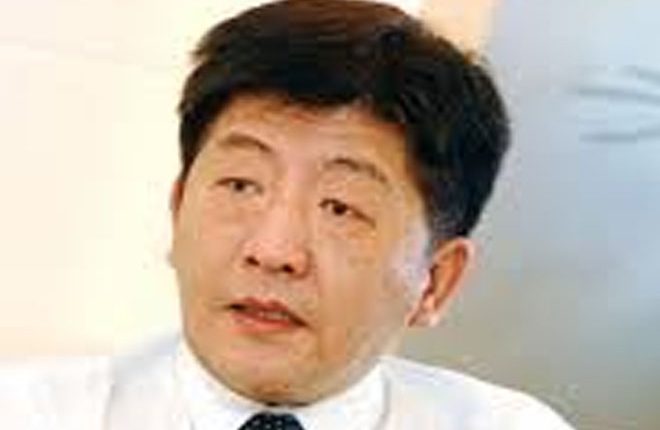 Disease knows no borders. Only by working together, leaving no one out, can we adequately address the challenges of emerging infectious diseases, which have been made all the more complex by the effects of globalization on our health environment. As influenza viruses are constantly evolving and circulating in humans, as well as a number of animal species, the specter of a potential influenza pandemic haunts us constantly. Outbreaks of avian influenza and novel influenza have repeatedly threatened global health security in the past few years. As a result, the World Health Organization (WHO) has continuously urged nations to invest more in the development and implementation of various pharmacological and nonpharmacological interventions against pandemic influenza.

Taiwan was devastated by the 2003 SARS outbreak. Many of our frontline healthcare workers became infected while caring for patients, and unfortunately, some perished, including a nurse, then in her third trimester of pregnancy. Several hospitals were closed, more than 151,000 people were quarantined at home, a travel advisory was issued, and schools closed. We paid a heavy price to learn that disease indeed respects no national borders and to recognize the importance of international collaboration in tackling the threat posed by infectious disease. At that time, Taiwan not being a WHO member, we did not receive timely information on the SARS virus and related disease control information. We were dependent on the expertise generously shared by the US CDC on how to control the outbreak. It was not until the SARS outbreak spread to Heping Hospital that the WHO finally dispatched experts to Taiwan. This was the first such assistance the organization had provided us in 31 years. SARS was a reminder to the WHO and the international community that they could not afford to leave Taiwan out in the cold, and led them to ponder ways of bridging this gap in the global health network.

In the post-SARS period, our public health officials and experts were invited to participate in WHO SARS conferences. Following the issuance of the WHO Pandemic Influenza Preparedness and Response guidance document, Taiwan established a national stockpile of influenza antiviral drugs in 2003, formulated a national influenza pandemic preparedness and response plan in 2005, and created a prepandemic stockpile of A/H5N1 vaccine for human use in 2007. In addition, we set up a three-tier preparedness plan that includes efforts by the central government, local governments, and healthcare institutions to maintain a 30-day stockpile of personal protective equipment. We also established a communicable disease control network, designating six pandemic response hospitals across Taiwan.

Since 2005, we have been invited to attend certain WHO technical meetings on influenza, where we are able to exchange experiences with experts from around the world. Also, Taiwan was included in the framework of the WHO’s International Health Regulations (2005) in 2009, establishing a direct liaison with WHO headquarters so we could report major public health events directly to the WHO. Thanks to having these direct communication channels, Taiwan was able to effectively implement various control measures during the H1N1 influenza pandemic of 2009. We practiced real-time surveillance, promptly notified the WHO, and shared genetic information on the H1N1 influenza virus with the international community. Further, we were able to obtain the vaccine strain to domestically produce a vaccine and reached a national vaccination coverage rate of over 70 percent, effectively reducing H1N1-associated mortality and preventing the further spread of the virus domestically and abroad.

Taiwan confirmed the world’s first human case of H6N1 avian influenza in 2013 and promptly shared genetic information on the virus with the international community. Earlier this year, we identified a human H7N9 case imported from China. Genetic data showed that the virus was highly pathogenic for poultry and had a mutation associated with resistance to commonly used antivirals. Besides reporting the case information and the test results to the WHO through the National IHR focal point, we submitted sequencing data to GISAID within three days of identifying the case and voluntarily shared the virus strain with WHO-collaborating influenza centers in the United States and Japan within a month. The sequencing data can serve as reference for the WHO Global Influenza Surveillance and Response System to select seasonal influenza vaccine strains. As a responsible member of the international community, Taiwan was glad to be able to share its experience, provide recommendations on the clinical management of H7N9, and offer other information that can serve as important reference for WHO antiviral stockpile guidelines.

Beside the continued occurrence of H5N2 avian influenza outbreaks in Taiwan, the highly pathogenic H5N6 avian influenza virus, with a mortality rate of 70 percent, and which has infected 17 people in mainland China, was found among poultry in Taiwan earlier this year. Although no human case of H5N6 has been found in Taiwan, due to our proximity to China and relevant migratory bird routes, we will continue to closely monitor avian influenza virus activity in an effort to prevent poultry-to-human transmission of the virus.

It is regrettable that political obstruction has resulted in Taiwan’s often being refused attendance at technical meetings of the WHO. This situation has created grave difficulties in Taiwan’s efforts to collaborate with the international community on disease prevention. We are profoundly disappointed that the WHO has failed to abide by its Constitution and has ignored widespread support in the international community for Taiwan’s participation in the WHA, instead bowing to political pressure from a certain member by excluding Taiwan from that body. The WHO is a professional, international health organization. It is obliged to abide by the principles espoused in its Constitution, particularly the enjoyment of the highest attainable standard of health for all people, regardless of race, religion, political belief, or economic or social condition. This right to health is the foundation underpinning the WHO’s previous invitations to Taiwan to participate in the WHA and, on an equal basis, in WHO activities and technical meetings.

We urge the WHO and related parties to acknowledge Taiwan’s longstanding contributions to the international community in the areas of public health, disease prevention, and the human right to health, as well as the healthcare partnerships it has forged with WHO member states. Taiwan is capable of and willing to fulfill its responsibilities and to collaborate with the WHO to deal with the challenges of disease control. The WHO should recognize the legitimacy and importance of Taiwan’s participation in the WHO and its Assembly. To bridge the gap in the global disease prevention network, Taiwan needs the WHO, but the WHO also needs Taiwan.