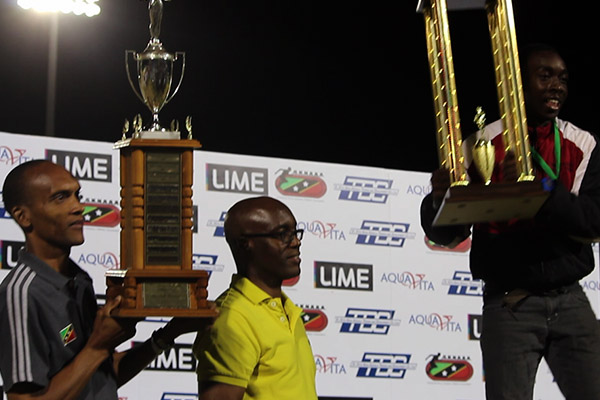 ZIZ News – The TDC Interschool Track and Field Championships exceeded expectations as organizers were blown away by the competitive performances and the large turnout of spectators.

In an interview with ZIZ Sports, Public Relations Officer for the St. Kitts-Nevis Amateur Athletic Association, Evris Huggins says last weekend’s competition was one of the most successful ever.

“I can tell you that my executive, they are quite happy with the turnout. In spite of the challenges we had behind the scenes, we were able to give the general public in St. Kitts and Nevis and our sponsors “bang for their buck”, and we put on probably the best TDC Interschool Championships in history.”

He added that a number of records were also broken over the three-day competition.

“Performances were nothing short of scintillating. We have identified by hand a number of national junior records that have been broken. We’re just waiting for the official reports. In addition, we are still scanning the results and we’re waiting for the official reports from the Games Commission. We also note that there were multiple CARIFTA qualifiers over the weekend — multiple new CARIFTA qualifiers over the weekend. We have close to 30 athletes now qualifying for the CARIFTA Games,” he said.

Huggins noted that they also witnessed the largest turnout ever for the TDC Interschool Championship on the final day of the competition.

He said, “The support from our largest stakeholder, the general public, was overwhelming. We looked at the crowd and we were barely able to see any of the grass at the stadium because it was just so many people there. So overall we were extremely excited and happy about the final results from the TDC Interschool Championships.”

The Charles E. Mills Secondary School was crowned the 2014 TDC Interschool champion after amassing a total of 26 gold medals over the three days.