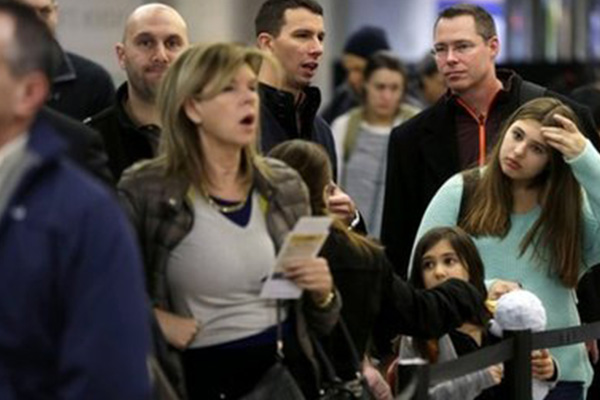 (BBC)—A US winter storm blamed for up to a dozen deaths is threatening to bring travel misery to the East Coast on the eve of the Thanksgiving holiday.

The system, which dumped heavy rain and snow over the region on Tuesday, has already caused some flight delays.

Forecasters say more than 1ft (30cm) of snow could fall in western Pennsylvania, western New York and Vermont before Thursday.

More than 43 million Americans are expected to travel during the holiday.

The storm is also threatening to ground the giant balloons at the Macy’s Thanksgiving Day Parade in New York.

City regulations bar the inflatables from being used when sustained winds exceed 23mph (37km/h) or when gusts top 34mph.

The balloons of beloved characters such as Mickey Mouse and the Pillsbury Doughboy are due to be made ready on Wednesday evening.