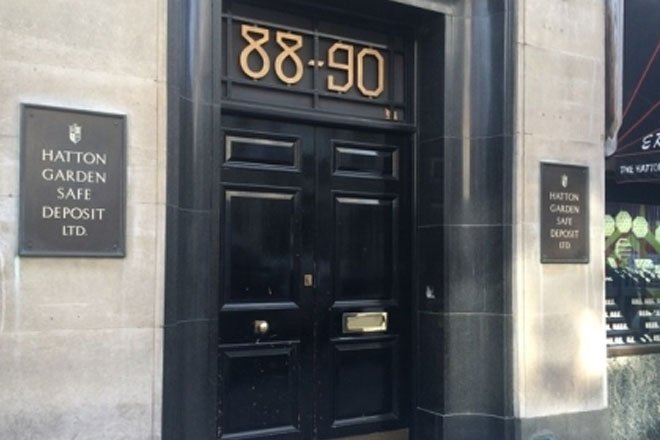 The daring heist apparently took place over the long Easter weekend and police said in a statement that they were only called to the address in Hatton Garden in central London at 8:10am (0710 GMT) Tuesday.

“It appears that heavy cutting equipment has been used to get into a vault at the address and a number of safety deposit boxes have been broken into,” London’s Metropolitan Police said.

No estimate was given of how much the thieves have made away with.

Police forensic officers could be seen at the location.

The thieves managed to disarm the building’s sophisticated alarm system, The Daily Telegraph newspaper reported, while Sky News television said there were a total of around 600 safety deposit boxes in the vault.

The company said on its website that it was founded in 1954 and was one of the first places in Britain to offer safety deposit boxes, which are used by local jewellers and could contain loose gemstones.

The company website shows different types of safe available for rental, including walk-in safes, and advertises the vaults as “a secure and cost-effective solution to store and protect important and irreplaceable personal belongings”.

Lewis Malka, a diamond jewellery expert who works on Hatton Garden, tweeted that one client’s antique bracelet had been stolen in the robbery.

The last major safety deposit raid in London, which occurred in plush Knightsbridge in 1987, is thought to have been one of the largest robberies in history.

The hoard was valued at the time at £60 million.

There have been two previous raids in 1975 and 2003 on safety deposit boxes in Hatton Garden, a jewellery hub since the 19th century that also houses the global headquarters of the De Beers diamond company.