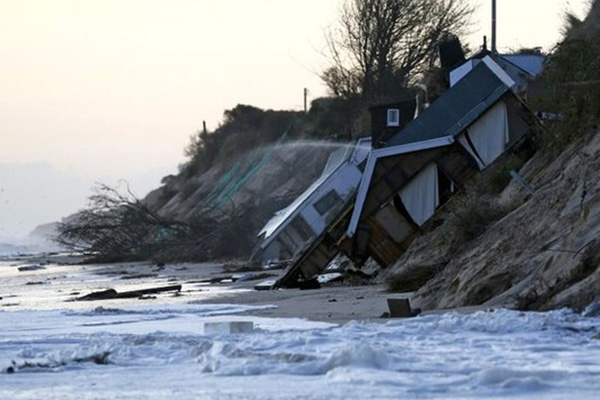 (BBC) —The tidal surge which hit the east coast of Britain has been described as the “most serious” for 60 years.

Thousands were forced to abandon their homes as tides in parts of the North Sea reached higher levels than the devastating floods of 1953.

Flood waters have receded in many areas but authorities are warning that high tides later on Friday could cause further damage.

Two people died in Thursday’s storms, but the weather is now easing.