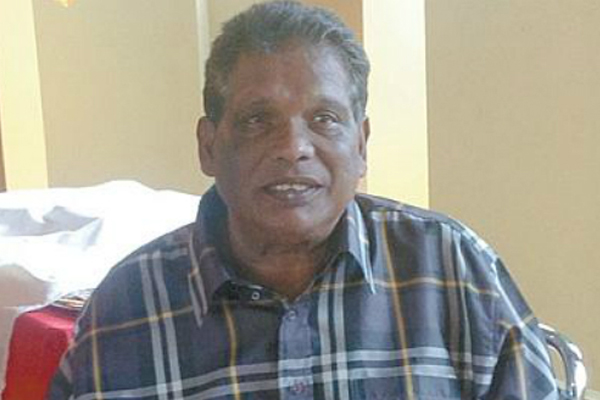 Port-of-Spain, Trinidad (CMC) — An executive member of the Trinidad and Tobago Cricket Board (TTCB), Patrick Rampersad, has blasted the appointment of 23-year old fast bowler Jason Holder as the new captain of the West Indies one-day side.

Rampersad has described the appointment of Holder, who has played one Test and 21 One-Day Internationals since making his international debut in February last year, as the wrong choice at this time.

Selectors, headed by legend Clive Lloyd, chose the Barbadian all rounder to lead the regional team for the upcoming limited overs series against South Africa, a decision which reportedly had unanimous support from the board.

“Changing captains now is not the right thing and even if they had to do it, they should have gone back to Darren Sammy,” said Rampersad.

“I always thought that he was the right choice for the 50 overs and T20 versions of the game. I am glad to see that they have kept him as captain of the T20 team.”

The Barbadian pacer takes over the reins of the team from seasoned all-rounder Dwayne Bravo who has been sacked after just 19 months in charge and also dropped from the 15-man squad named to face the South Africans.

Holder, who made his international debut in February, last year, has played one Test and 21 One-Day Internationals.

“I don’t think that Holder is the right man for the job at this point in time especially with a tough South Africa tour that leads to the World Cup,” Rampersad pointed out.

“In the circumstances I don’t think you would want to appoint a new captain. Given the fact that he is so young, I don’t know that he will get the support of the players”.

Holder is expected to lead the West Indies to the ICC World Cup in Australia and New Zealand next February.