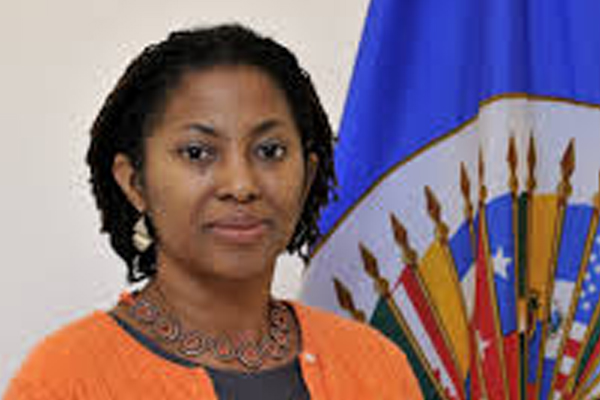 KINGSTON, Jamaica – Senior lecturer in the Faculty of Law at the University of the West Indies Tracy Robinson was on Thursday elected chairman of the Inter American Commission on Human Rights (IACHR) at its 150th Regular Session, held in Washington, DC. She was first elected a member of the Commission in June 2011 for the standard four-year term, which began on January 1, 2012.

Robinson graduated from the UWI in 1991 with a first class honours degree in Law. In 1992 she was the recipient of the Rhodes Scholarship, where she studied Law at Oxford University. She also holds a Masters of Law Degree from Yale University.

According to a news release from the IACHR, Robinson lectures in Gender and the Law, Constitutional Law and Commonwealth Caribbean Human Rights, among other law subjects, at the UWI, Mona, Jamaica. She has been a consultant for international agencies such as the United Nations Fund for Women and UNICEF, and she has advised Caribbean governments on topics related to legislation on gender and children rights, among others. She has been editor of the Caribbean Law Bulletin and she has written and published reports on a range of topics, including gender, the rights of LGTBI persons, sexual harassment, sexual rights, sex work and the law, and the rights of the child.

Robinson is only the second Jamaican elected to serve on the Inter American Commission on Human Rights (IACHR) and also as its Chairman. The first was her father, Patrick Robinson, who is currently a Judge of the International Criminal Tribunal for the former Yugoslavia, based in the Hague. He served as a member of the IACHR from 1988-1995 and as its chairman in 1991.

The IACHR is an autonomous organ of the Organisation of American States (OAS), whose primary function is promoting the observance and defence of human rights. The Commission has it headquarters in Washington, DC, and represents all of the member States of the OAS. It has seven members who act independently, without representing any particular country. The members of the IACHR are elected by the General Assembly of the OAS.