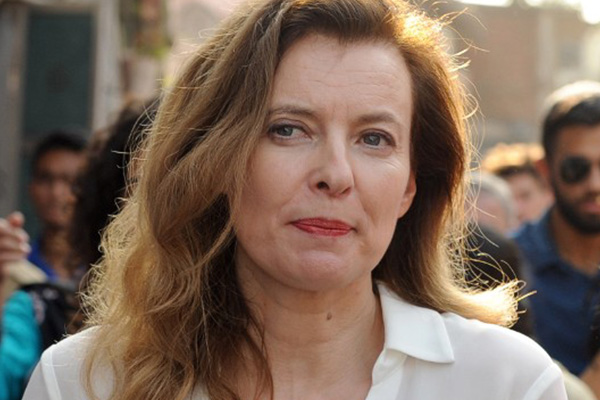 Trierweiler: Learning about Hollande affair was ‘like falling from skyscraper’

(CNN) — The former partner of French President Francois Hollande said she felt like she “was falling from a skyscraper” when she learned about his alleged affair with an actress, Paris Match magazine said Thursday.

Trierweiler gave an interview to the magazine, where she’s worked for years, during a visit to Mumbai, India. She was in the nation to support the work of a charity fighting hunger.

The trip came two days after Hollande announced their split.

“It’s not because I’m no longer the first lady that life has to stop,” Trierweiler told Paris Match in an interview published Thursday, adding that she will continue her charity work with various organizations.

When she learned about the alleged affair, there was already a “detachment” from Hollande, but the media coverage made the breakup harder, Trierweiler said.

She also told Paris Match she had heard rumors about the alleged affair, but did not pay attention to them.

Hollande’s private life has been the subject of global headlines since the French magazine Closer claimed this month he’d been having an affair with actress Julie Gayet for two years.

The President, who has not confirmed or denied the claim announced Saturday that his relationship with Trierweiler was over.

“I wish to make it known that I have ended my shared life (partnership) with Valerie Trierweiler,” Hollande told the Agence France-Presse news agency.

Trierweiler sent a goodbye message Saturday via Twitter to the staff at the presidential palace.

“All my gratitude goes to the extraordinary people at the Elysee. I will never forget the devotion or emotion at the time of leaving,” she wrote.