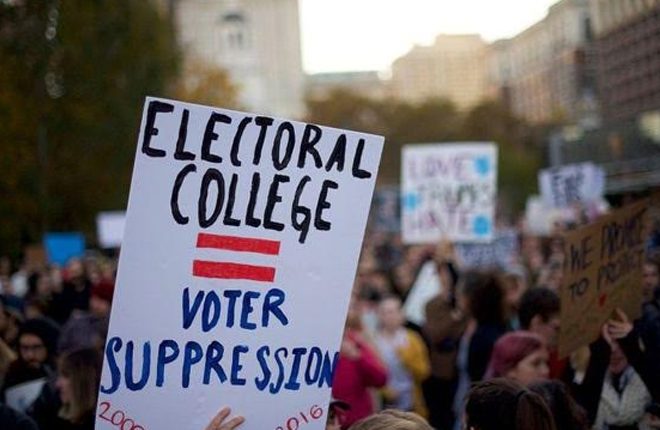 Trump: I could have won popular vote if I needed to

Donald Trump says he could have won the popular vote against Hillary Clinton if he had campaigned differently.

With one state left to count, Mrs Clinton has nearly a million more votes than him but lost last week’s election due to the electoral college system.