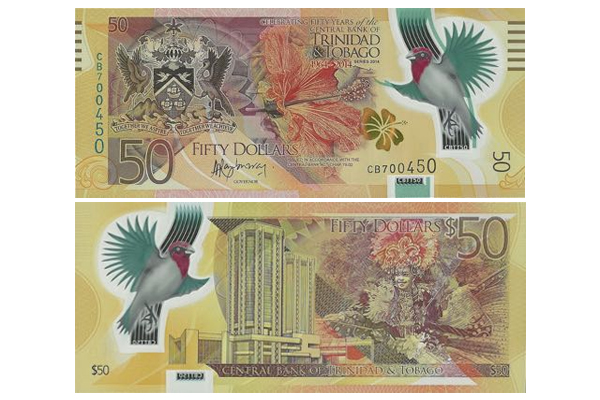 Douglas told the Trinidad Guardian newspaper that the currency, which went into circulation here earlier this month and has been the source of considerable debate, is “the most beautiful money” ever produced in Trinidad and Tobago.

The Central Bank said Trinidad and Tobago is the first Caribbean country to use polymer in the making of local currency, and the picture of a young female masquerader in an award-winning Carnival costume “captures the energy of our people”.

But people have complained on social media that it is a depiction of a serpent queen and even the devil. One video shows a close-up view of the masquerader’s headpiece, describing it as an image of collection of snakes.

But Douglas said the greater evil is what people are perceiving about the note and after he heard some of the claims being made about the new currency, he “went back and looked at the picture and I don’t get it. It is not evil”.

He urged citizens to “desist from allowing themselves to be abused by superstition and necromancy” and advised those with concerns about the note being reflective of the devil to “go to your church and pray”.