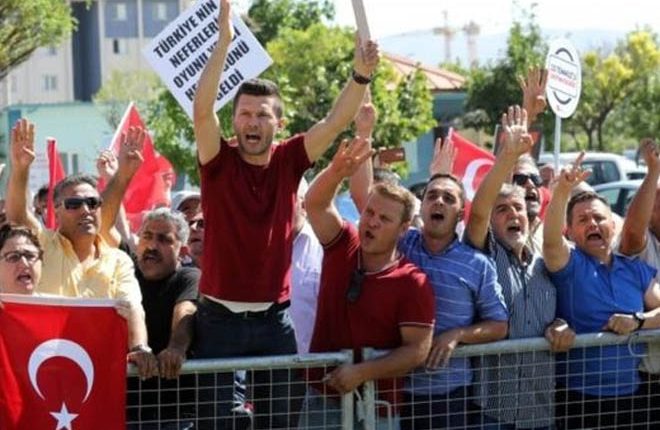 Almost 500 people arrested after last year’s failed coup in Turkey have appeared in court accused of taking part in the plot.

Some of the handcuffed defendants were jeered as they were individually escorted into court by police and armed guards in front of TV cameras.