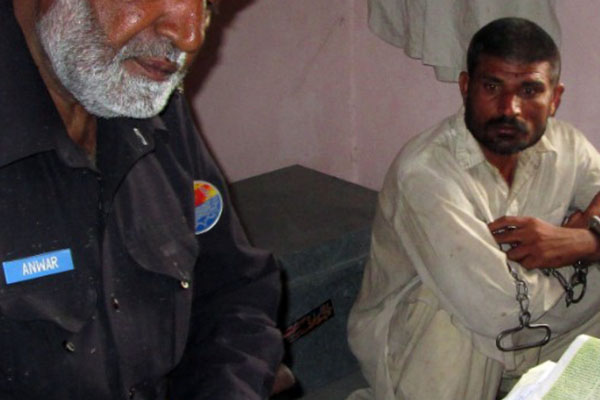 (CNN) — Two brothers previously jailed for cannibalism and then released, have been arrested again after police discovered a child’s severed head at their home in a remote village in northwest Pakistan.

Mohammed Arif Ali was arrested early Monday after neighbors alerted police to a “foul smell” coming from his house in the village of Kahawar Khan in the Bhakkar district of Punjab, district police chief Ameer Abdullah Khan told CNN Tuesday.

When they went to investigate, they discovered the decapitated head of an infant next to a burning stove. The head, which is now being examined at a hospital in the nearby village of Darya Khan, looked to be around five days old, Abdullah said.

Arif Ali was arrested at the scene, while his brother, Mohammed Farman Ali, was apprehended by police hours later on the outskirts of their village.

The brothers were released from prison last year after serving a two-year jail term for similar offenses — they admitted dismembering a woman’s body they had stolen from a graveyard in Darya Khan where they lived at the time.

With no explicit law on cannibalism in Pakistan, the two men were convicted of desecrating a dead body and other public order offenses in a case that provoked widespread revulsion across Pakistan, according to CNN affiliate Geo TV.