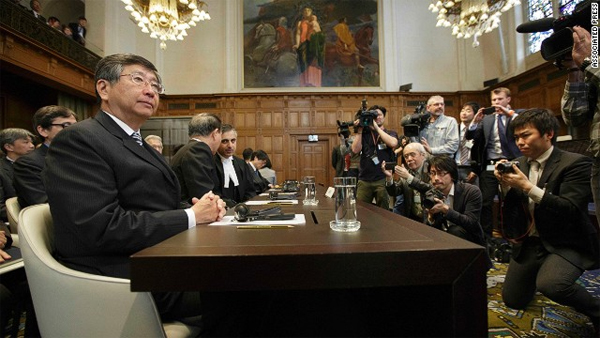 (CNN) — The International Court of Justice ruled Monday that Japan can no longer continue its annual whale hunt, rejecting the country’s argument that it was for scientific purposes.

“Japan shall revoke any extant authorization, permit or license granted in relation to JARPA II, and refrain from granting any further permits in pursuance of that program,” the court said, referring to the research program.

The International Court of Justice is the principal judicial organ of the United Nations.

Japan’s fleet carries out an annual whale hunt despite a worldwide moratorium, taking advantage of a loophole in the law that permits the killing of the mammals for scientific research. Whale meat is commonly available for consumption in Japan.

Each year, environmental groups such as Sea Shepherd pursue the Japanese hunters in an attempt to disrupt the whaling. The resulting confrontations have led to collisions of ships and the detention of activists.

The Australian government challenged the Japanese whaling program in the International Court of Justice, leading to Monday’s ruling.