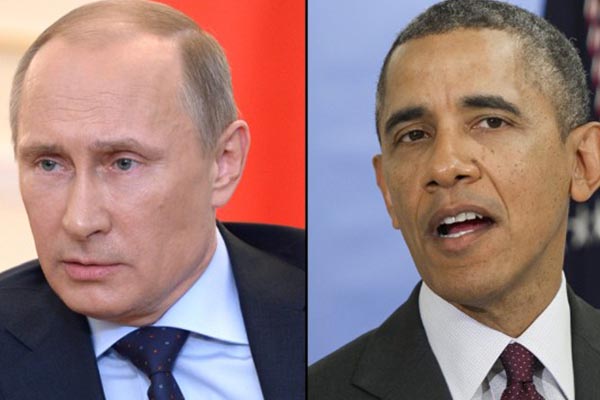 U.S. paves way for sanctions over Ukraine, Europe threatens to do same

(CNN) — The United States on Thursday expanded a visa ban and set the groundwork for sanctions against Russians and others over the crisis in Ukraine, while Europe also threatened similar action if the matter cannot be resolved diplomatically.

The dual action intensified the western response around Russia’s military intervention in the Crimean peninsula last week triggered by political upheaval in Kiev.

The United States has led the charge on sanctions with Europe seen as a more reluctant partner, at least initially. Russia is the European Union’s third-largest trading partner after the United States and China. Germany relies heavily on Russian energy.

Visa bans, which were expanded by the State Department, were already in place for some Russian and Ukrainian officials.

President Barack Obama also signed an executive order allowing the U.S. government to impose a host of sanctions on both individuals and entities deemed to be violating Ukraine’s sovereignty and territorial integrity.

If Russia continues “this violation of international law” in Ukraine, “the resolve of the United States and our allies and the international community will remain firm,” Obama said in remarks at the White House.

His executive order provides the legal basis for sanctions against specific people and entities, though the United States would do so “based on the situation on the ground” in Ukraine, a senior administration official told CNN.

It targets those responsible for or complicit in actions that “undermine democratic processes and institutions in Ukraine,” the executive order states.

No names were revealed, but Russian President Vladimir Putin was not on the list, officials said.

Any sanctions would range from freezing assets and blocking property under U.S. jurisdiction to preventing American companies from doing business with any person or entity listed.

The Obama administration had previously put trade and investment pact talks with Russia on hold.

Separately, Europe also threatened sanctions if the crisis cannot be resolved diplomatically through talks between Moscow and Kiev.

The European Council, an arm of the European Union, said it would suspend bilateral talks with Russia on visa matters, and also threatened travel bans, asset freezes and cancellation of the EU-Russia summit if there is no timely diplomatic progress.

Also in Washington, a congressional committee was set to vote later in the day on a resolution condemning Russia’s actions and urging the United States to pursue a broad range of economic and other sanctions.

U.S. action also extends militarily to boost support for allies in the region.

The Pentagon added six fighter jets to the four currently on a NATO mission in the Baltics and the guided-missile destroyer USS Truxtun is about to take part in a previously scheduled exercise in the Black Sea.

In addition, the Pentagon has suspended military exercises with Russia, and the Obama administration has suspended preparations for the upcoming G8 summit of industrialized nations in the Black Sea resort of Sochi, the site of the just-completed Winter Olympics.

Russian lawmakers are drafting a law that would allow the nation to confiscate assets belonging to U.S. and European companies if sanctions are slapped on Moscow, Russian state media reported.

Texas Shooting: Fifteen Killed in Attack at US Primary School

At Least 11 Dead in Brazilian Police Raid in Favela: Authorities