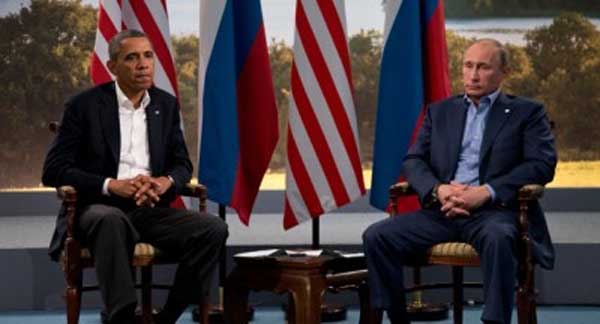 “This is a very serious matter which we have attempted to address with Russia for some time now,” said a senior State Department official.

Russia’s suspected violation of the treaty was first reported Monday by The New York Times.

“The 2014 Compliance Report of the treaty includes a determination that the Russian Federation is in violation of its INF Treaty obligations not to possess, produce, or flight-test a ground-launched cruise missile with a range capability of 500 to 5,500 kilometers (310 to 3,417 miles), or to possess or produce launchers of such missiles,” a White House official said, adding that they “have kept the Congress and our allies informed of this matter.”

The violation was for cruise missile tests that date back to 2008, prompting an administration review as to whether the tests are in violation of the 1987 treaty between the United States and Russia banning medium range missiles.

President Barack Obama has written his Russian counterpart Vladimir Putin a letter about the matter.

Monday’s news comes during a increasingly icy period for relations between Washington and Moscow due to the ongoing conflict in Ukraine, where Russia is said to be supporting separatists.

The officials said Washington, which first raised the issue with Russia last year, has recently notified Moscow of the determination and has proposed senior-level talks in the effort to bring Russia back into compliance with its obligations under the treaty.

Officials pointed out the treaty doesn’t just protect the United States and Russia, but the 11 former Soviet republics also a party to the treaty, as well as allies in Europe and East Asia.

“The United States is committed to the viability of the INF Treaty. We encourage Russia to return to compliance with its obligations under the Treaty and to eliminate any prohibited items in a verifiable manner,” the senior state department official told CNN.

One of the officials said further talks with America’s allies would “take into account the impact of this Russian violation on our collective security if Russia does not return to compliance.”

The administration has been raising this issue with Russia for more than a year. The Russians responded that they investigated the matter and considered it closed.