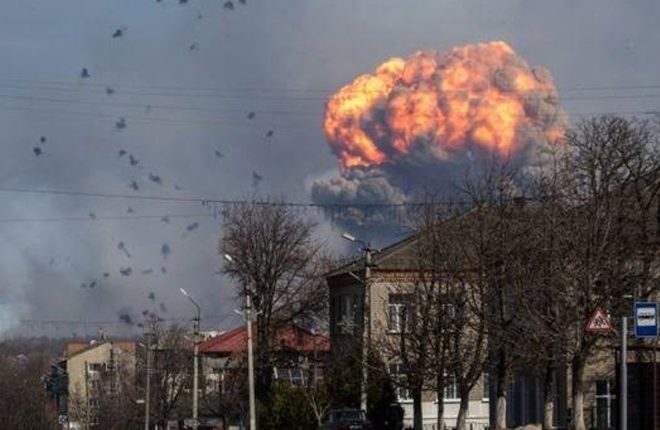 Some 20,000 people are being evacuated after a series of explosions at a massive arms depot in eastern Ukraine described by officials as sabotage.

The base in Balakliya, near Kharkiv, is around 100km (60 miles) from fighting against Russian-backed separatists.