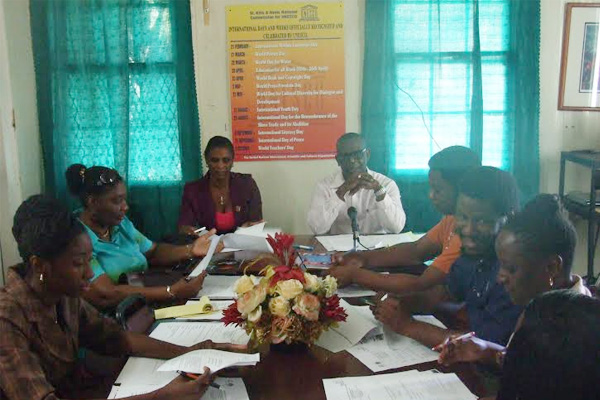 Basseterre NATCOM (SKN) – Youth in St. Kitts are at the helm in organizing the launch of the Youth for Human Rights Awareness Project in St Kitts and Nevis which is being funded by UNESCO.

Secretary General of the National Commission for UNESCO Antonio Maynard said the organizing committee comprises youth who have demonstrated their passion for the advancement of themselves and other young people in the Federation.

According to the Secretary General, plans are well underway for the activity which will be held on Thursday November 20th.

Youth for Human Rights International (YHRI) was founded in 2001 to teach young people around the world about human rights, specifically the Universal Declaration of Human Rights so they become advocates for tolerance and peace.

Locally the project will focus on creating awareness among the youths concerning the importance of their rights as humans through a series of public relations activities as well as workshops, lectures and seminars. The sensitization will support the youths in their development to become more cognizant of their Human rights.

Coming out of this Youth for Human Rights Project, the Federation will get the opportunity to benefit from human rights educational materials. It is said that YHRI’s materials appeal to people from all generation as they aim to reach young people from diverse backgrounds. Varying from teaching human rights through conferences and workshops to hip-hop and dancing, the message is spread worldwide.

One of the main objectives of the local Youth for Human Rights Awareness Project is to establish a Federal Youth Human Rights Club.

Additionally, the project seeks to promote justice for those whose rights have been violated by advocating for them at court and through conflict mediation.

The opening ceremony will take place at the Bird Rock Beach Hotel.