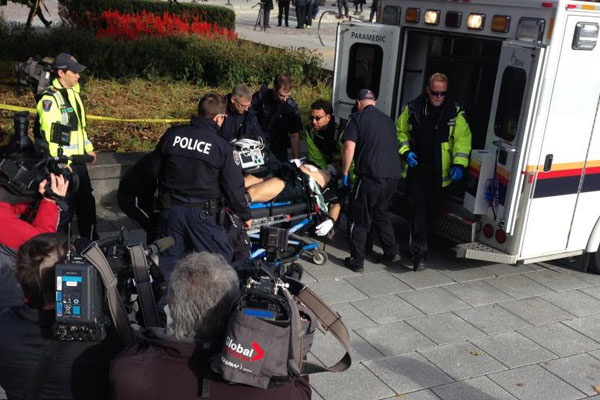 Ottawa, Canada (AFP) — A soldier who was shot at a war memorial at the start of an attack by one or more gunmen on Canada’s parliament has succumbed to his injuries, a government minister said.

“Condolences to family of the soldier killed and prayers for the parliamentary guard wounded. Canada will not be terrorized or intimidated,” employment minister Jason Kenney said on Twitter.