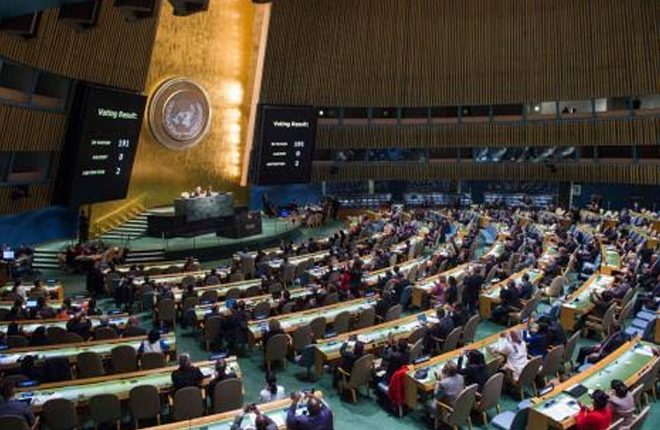 NEW YORK, USA — In a near unanimous action, the United Nations General Assembly on Wednesday adopted a resolution underlining the need to end to the economic, commercial and financial embargo imposed by the United States against Cuba, while also welcoming progress in the relations between the two countries.