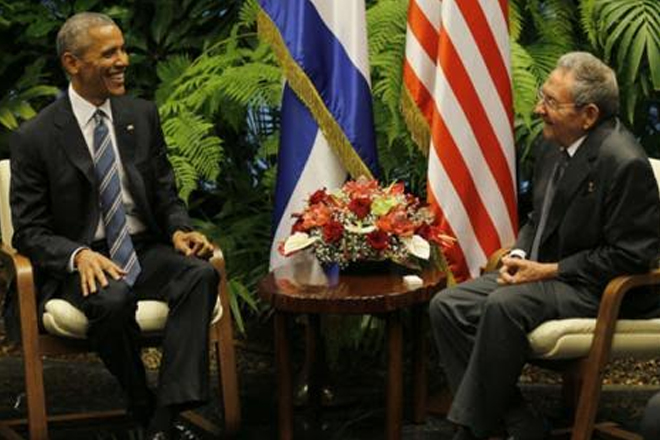 US and Cuban presidents meet in Havana

Cuban President Raul Castro officially received his US counterpart Barack Obama at the Revolution Palace in Havana on Monday.

This is the third time the two presidents have met since the joint announcement of December 17, 2014, where they said both countries will restore diplomatic relations and start a process for the normalization of relations.