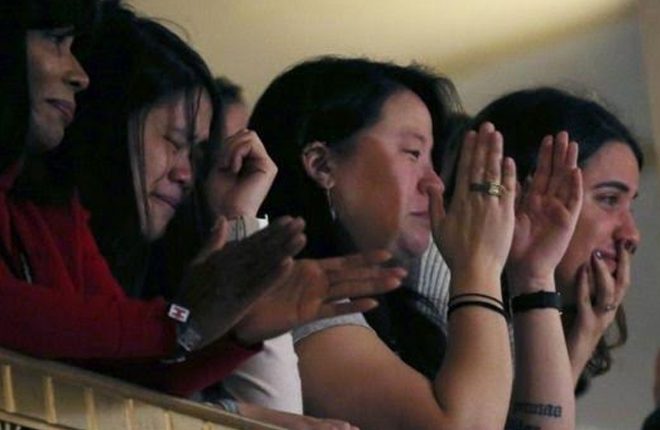 US election result: Clinton says Trump must have chance to lead

Hillary Clinton, the defeated presidential candidate, says US President-elect Donald Trump must be given a chance to lead.

Appearing in public for the first time since conceding defeat, the Democrat said she hoped Mr Trump would be a successful president for all Americans.