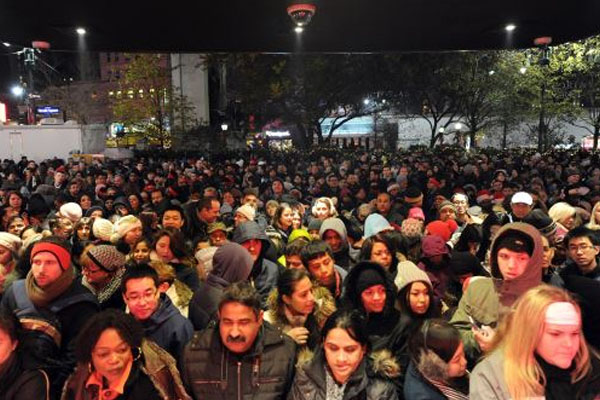 US shoppers go in for the kill on ‘Black Friday’

Leesburg, United States (AFP) — The traditionalists don’t like it, but the “Black Friday” shopping frenzy is as much a part of the Thanksgiving holiday in the United States as turkey and pumpkin pie.

And it’s only Thursday.

Americans will spend tens of billions of dollars over the four-day holiday and there was certainly no messing about at Leesburg Corner, a Virginia outlet centre only a short drive from the US capital Washington.

There was hardly time for the roast turkey and stuffing to settle when most shops opened there on Thursday, Thanksgiving Day, for a 28-hour bonanza of breathless consumerism that was to stretch overnight and drag on nonstop until 10:00 pm Friday.

After a tentative start, many shops were packed by midnight: nearly 100 people queued to get into Kate Spade New York as the clock ticked into Black Friday and the cold night air dropped a degree or two further.

Meanwhile they had been waiting at the door of Coach before it even opened. Likewise at J. Crew and Sunglass Hut.

Hide and Miho, a couple originally from Tokyo but living locally, snapped up two winter coats within the first hour from DKNY.

“We got 50 per cent off, but with another 20 per cent off on top of that. The coats are one for each of us because here is pretty cold,” said Hide, clutching three bags in one hand.