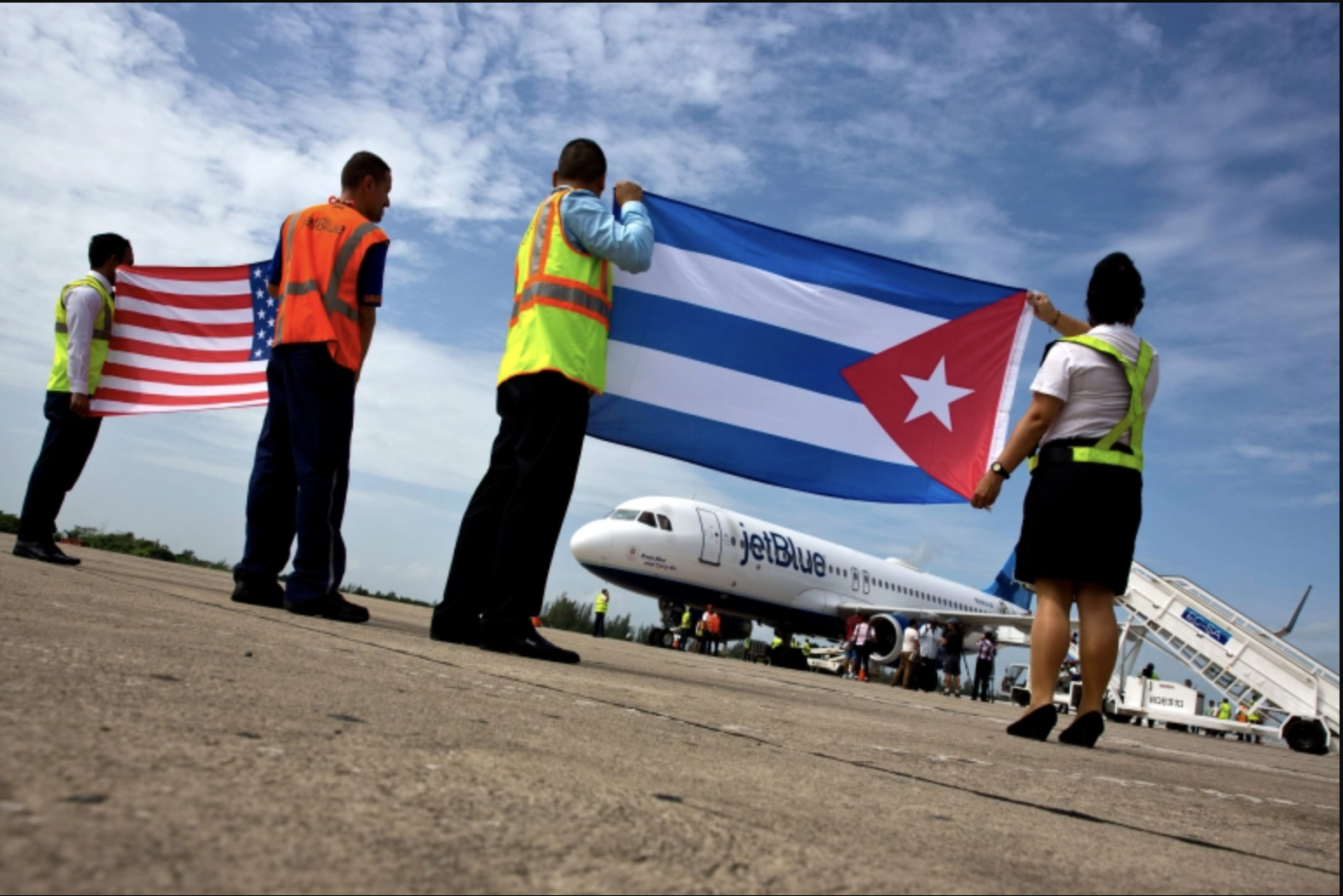 The administration of United States President Joe Biden has allowed more flight routes from the US to Cuba, lifting restrictions put in place under former President Donald Trump.

The restrictions lifted on Wednesday by the US Transportation Department removed a ban on US airlines and chartered flights flying to major cities outside of Havana, including Camaguey, Cayo Coco, Cayo Largo, Cienfuegos, Manzanillo, Matanzas and Santiago de Cuba.

The Biden administration had announced in May a plan to lift a raft of restrictions imposed under Trump, who had sought to undo efforts by former President Barack Obama, under whom Biden served as vice president, to normalise relations between Washington and Havana in what was dubbed the “Cuban thaw”.

On Wednesday, Secretary of State Antony Blinken said the lifting of the flight restrictions was “in support of the Cuban people, and in the foreign policy interests of the United States”.

It remained unclear on Thursday if any commercial airlines planned to fly to the newly allowed locations.

Relations between the US and Cuba deteriorated rapidly following the Cuban Revolution of 1959, after which the US repeatedly tried to overthrow the communist government led by Fidel Castro, while continually tightening an array of sanctions on Havana.

Relations reached an all-time low when the Soviet Union sent ballistic missiles to Cuba amid the Cuban Missile Crisis, resulting in a standoff that is widely considered the closest the world came to nuclear war during the decades-long Cold War.

The US has imposed a trade embargo on almost all exports from Cuba since 1962.

In 2014, Obama announced with then-Cuban leader Raul Castro that the process to normalise relations had begun.

The detente included the lifting of restrictions on travel, family remittances, and access by US banks to the Cuban financial systems.

Upon taking office in 2016, Trump sought to undo many of the efforts, imposing a series of restrictions that included slashing visa processing, restricting remittances, scaling back flights and increasing hurdles for US citizens seeking to travel to Cuba for anything other than family visits.

Former Secretary of State Mike Pompeo cited as justification Cuba’s continued harbouring of US fugitives, its refusal to extradite a coterie of Colombian guerrilla commanders as well as its support for Venezuelan leader Nicolas Maduro.

On the campaign trail in 2020, Biden pledged to re-engage with Cuba, although the pledge was complicated by a crackdown on protesters in the island nation in July of 2021 that prompted more US sanctions.

The restrictions lifted to date do not go as far as the Obama-era thaw and do not reinstate all of the previously authorised categories for US citizens to travel to the island.

Among the measures announced in May, the State Department said the US would lift the cap on family remittances, previously set to $1,000 per quarter, and authorise donative remittances to non-family members.

The administration also announced plans to increase consular services and reinstate the Cuban Family Reunification Parole Program, which had previously provided a legal pathway for families to be reunited in the US.