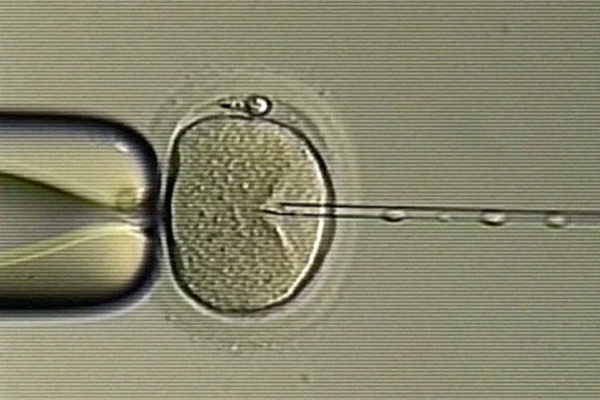 A woman and her husband underwent infertility treatment in the early 1990s. Now they learn their daughter, contrary to what they thought, is not the man’s biological child.

Instead, her biological father is a former medical technician responsible for preparing sperm samples.

That’s the situation facing a family that received treatment at the University of Utah Community Laboratory and Reproductive Medical Technologies Inc., known as RMTI.

It has put together a panel of physicians and retained an independent medical ethicist. The university is also offering paternity testing to families that may be affected, and set up a hot line for patients with questions.

“We sympathize with the anxiety this family has experienced. We do not know how this occurred and are carefully reviewing the concerns raised,” the University of Utah Health Care said.

Tom Lippert is suspected of switching a patient’s sperm with his own. His widow, Jean Lippert, spoke to CNN affiliate KUTV,describing her husband as troubled.

He was employed by both the University of Utah Community Laboratory and RMTI, which became defunct in 1998. The laboratories were separate entities but shared oversight and staff.

Lippert had a criminal record and a spotty record at work.

Some documents discovered so far suggest he deserved a raise, while others said that more oversight was needed both of him and the laboratories, according to the university.

Jean Lippert told KUTV that she and her husband never had children of their own, but that her husband told her he had them. Tom Lippert was “proud of the fact he had these kids out there,” she said.

The couple was married for 20 years before Tom Lippert died from cirrhosis of the liver, KUTV reported. He was 49.

“It seemed like he (Tom) was trying to be a decent person,” his widow told the affiliate, adding that “good Tom” didn’t stick around for long.

“If I would have left he would have killed me. He threatened my life every day,” Jean Lippert reportedly said. “I didn’t stay out of the goodness of my heart.”

The university has been careful to stress that today’s policies and protocols are different from those in place in those two labs, given industry standards in the 1980s and early 1990s.

“This is a shocking story to all of us,” said Sean Mulvihill, chief executive officer of the University of Utah Medical Group, reported CNN affiliate KTVX.

He reportedly estimated that Lippert may have interacted with 1,000 families; 15 have called the hot line to date.

“The events in question occurred more than 20 years ago and records from that time are incomplete. That challenge notwithstanding, we are committed to reaching a fuller understanding of what happened then and to providing our patients with relevant information in an expeditious and compassionate manner,” the university said.

It continued: “While there are inherent challenges — the passage of time, the fact that RMTI has been defunct since 1998, and the deaths of Mr. Lippert and RMTI’s principal, Dr. Ron Urry — what we can answer, we will.”

After struggling to have children, couple ‘pissed’ to be pregnant with twins.