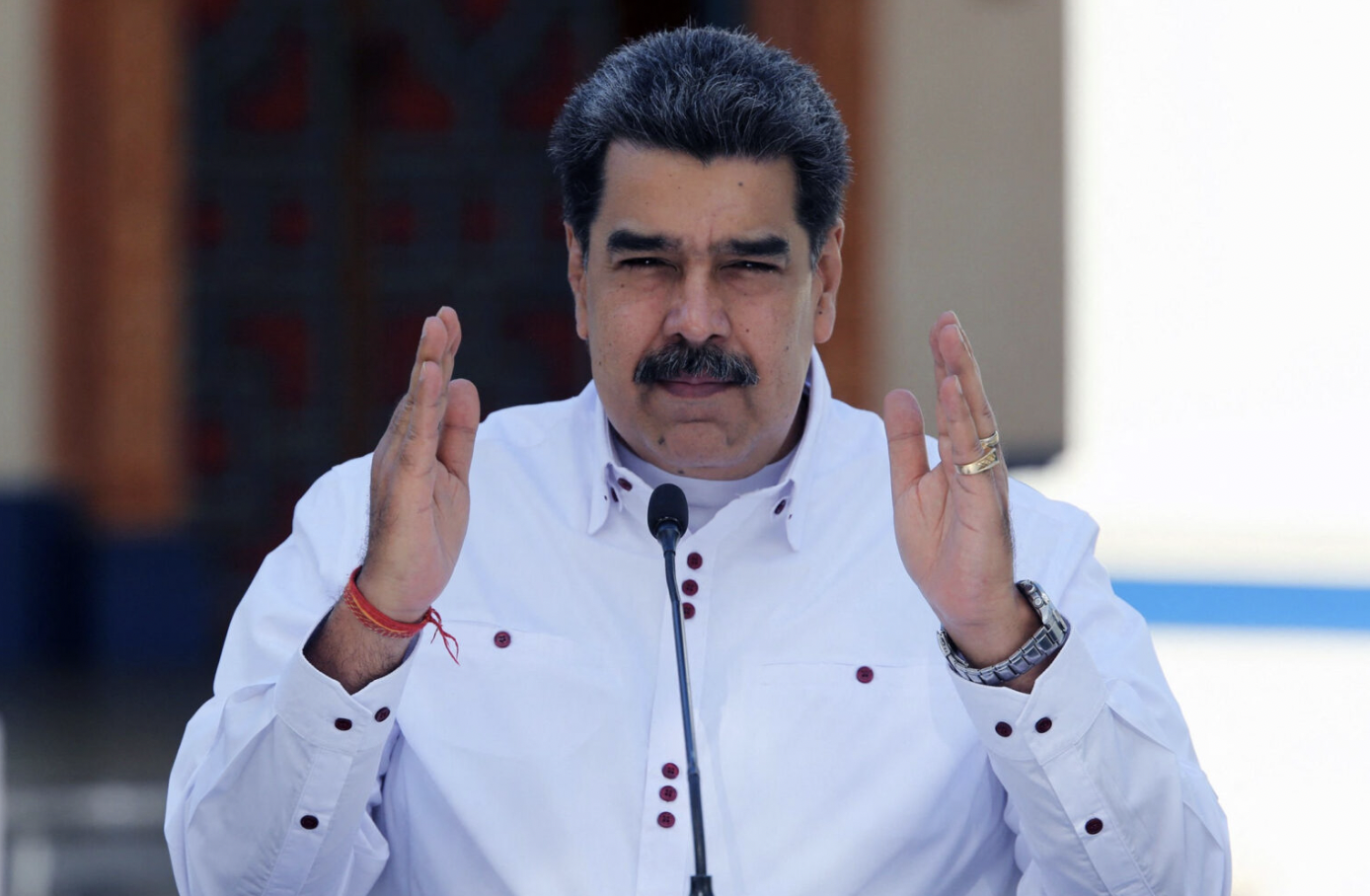 Venezuela Maintains Clear Demands in the Face of US Criminal Sanctions

The Bolivarian Republic of Venezuela maintains a set of “very clear demands that the cruel and criminal sanctions against the Venezuelan economy and society be lifted. This is a permanent demand”, emphasised the Venezuelan head of state, Nicolás Maduro.

Speaking on the programme Diálogo Internacional with Atilio Borón, on Radio Madre AM 530 (the radio station of the Mothers of Plaza de Mayo) and Radio del Sur, President Maduro reflected on the issue, saying that one cannot “expect this to happen overnight. Steps are being taken”.

He exemplified that a week ago the United States took some small but significant steps by “giving licenses to Chevron of the United States, ENI of Italy and Repsol, to begin the processes that will lead them to produce oil and gas in Venezuela to export to their natural markets”.

“These are small, small steps, as I told the commission: Venezuela has the world’s first certified international oil reserve. The oil the world needs to function is here in Venezuela,” he said.

The presidents of Venezuela, Nicolás Maduro, and Algeria, Abdelmadjid Tebboune, announced in the capital of the African nation, Algiers, that they will intensify their support for the historic struggle of the Palestinian and Sahrawi peoples, as well as for the holding of elections in Libya, which are necessary for the reconstruction of that country.

During the day, a ministerial meeting was held to assess the progress of bilateral ties, part of the Bolivarian leader’s agenda on the international tour that took him to Algeria on Wednesday.

After the meeting, both heads of state told the media that they also examined current international geopolitical issues and decided, through their foreign ministries, to intensify their denunciations of the crimes of the Israeli occupation forces against the Palestinian population and the right of the Palestinian people to create their independent state with its capital in Jerusalem.

Venezuela will have a direct air connection with Algeria

“The Venezuelan government has said it will soon have a direct air link from North Africa to the north of South America, from Algeria to Venezuela. I am very grateful for this decision and I applaud it”, said the President of the Bolivarian Republic of Venezuela, Nicolás Maduro.

In joint statements with his Algerian counterpart, Abdelmadjid Tebboune, the head of state described as great news the decision of both countries to make further progress in this area: “Great news that you have given (said Abdelmadjid Tebboune) that I want to ratify: Very soon we Venezuelans, Venezuelan women, Algerians, Algerian men and women, are going to be able to get on a plane and go to Caracas on a direct flight, get on a plane and come from Caracas to Algeria, on a direct flight”, he said as he passed through this nation, continuing the agenda of the Eurasian tour.

Venezuelan President Nicolas Maduro condemned on Monday the discriminatory stance of the United States (US) by excluding Cuba, Nicaragua and his country from the Summit of the Americas, an event that will take place until 10 June.

“What the US government is doing is an act of discrimination”, the president denounced, while stressing the need for a new organisation in which all the countries of the Americas participate without exclusion.

“We have expressed our admiration for the clarity of President AMLO and all our support for the message he has sent in recent weeks of abandoning discrimination, the world of sanctions and blockades”, he said.

The signing of three strategic agreements in the areas of tourism, agriculture and finance sum up the fruitful state visit of the President of the Republic, Nicolas Maduro, to the Republic of Türkiye, from Tuesday 7th to Wednesday 8th June, in the context of a Eurasian tour aimed at strengthening the agenda of cooperation in science and technology, agriculture, transport, energy, tourism and culture.

“The people of Türkiye can rest assured that in Venezuela they have loyal, steadfast and hard-working and secure friends”, he emphasised in a joint statement with his Türkiye counterpart Recep Tayyip Erdoğan.

Emphasising that “oil rentier capitalism has run out of steam”, the President of the Republic, Nicolás Maduro, stressed that Venezuela is moving towards the construction of a circular economy with new factors for development and wealth creation.

“It is a medium-term goal that is in full swing. Producing all our food, making the scientific and technological substitution of all imports, generating new technology with knowledge, having good and powerful industrial processes”, he said in an interview on the programme Diálogo Internacional, moderated by the Argentinian sociologist Atilio Borón.

He explained that although “the weight of oil and gas in the Gross Domestic Product will continue to be great”, the economic and productive strategy is aimed at “fully and definitively overcoming dependence on oil income”.