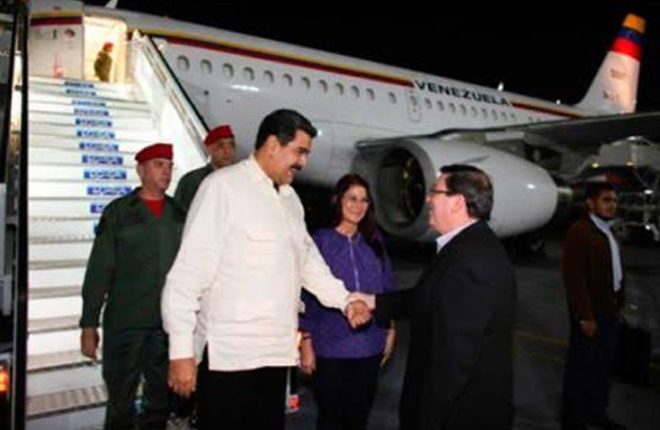 Venezuelan President Nicolás Maduro arrived in Cuba’s capital Havana shortly after 9 pm on Sunday night to participate in Monday’s meeting of Political Council of the Bolivarian Alliance for the Peoples of Our America – Treaty of Trade of the Peoples (ALBA-TCP).

The president and his wife, Cilia Flores, were met at the José Martí International Airport by Cuban foreign minister Bruno Rodríguez Parrilla.