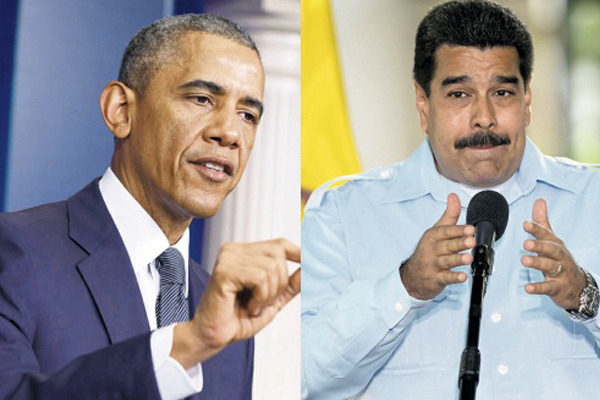 The decree powers were approved by a show of hands in the National Assembly — which is packed with Maduro allies — after two hours of debate. They will be in effect until the end of the year.

“We are going to head over there in front of Miraflores (presidential) Palace to deliver the law to the people and comrade Nicolas Maduro,” Cabello added.

An anti-US march had been called by the Cuban-allied socialist government at the palace.

Venezuela is in the midst of 10 days of nationwide military exercises, as the country faces a deepening economic crisis and rampant shortages of the most basic goods.

Maduro recently accused Washington of backing an opposition plot to overthrow him in a coup that he says would have involved bombing the presidential palace. The US Government has dismissed the charges as baseless.

Relations hit a new low last week when US President Barack Obama slapped new sanctions on the Venezuelan Government, calling the country “an extraordinary threat to the national security” of the United States.

Caracas responded by angrily recalling its envoy to Washington and ramping up its military preparedness.