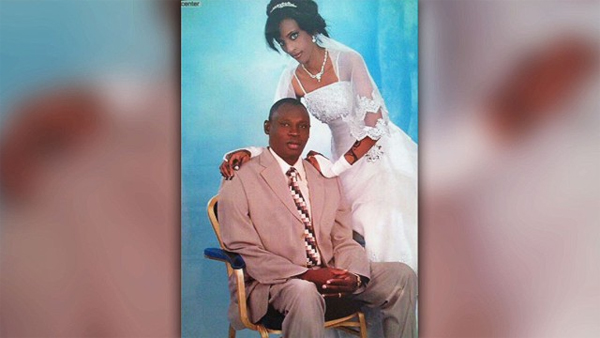 Verdict not final for Sudanese sentenced to death for her Christianity, official says

(CNN) — As outrage grows over a Sudanese woman sentenced to death for refusing to renounce her Christianity, the government defended the verdict, but said it’s only preliminary.

A Khartoum court this week convicted Meriam Yehya Ibrahim, 27, of apostasy, or the renunciation of faith.

Ibrahim, who is eight months pregnant, is a Christian, her husband said. But the court considers her a Muslim.

“I’m so frustrated. I don’t know what to do,” said her husband, Daniel Wani. “I’m just praying.”

The court also convicted her of adultery and sentenced her to 100 lashes because her marriage to a Christian man is considered void under Sharia law.

But Sudanese parliament speaker Fatih Izz Al-Deen said the verdict is not final and is in the hands of the judiciary.

The verdict will go through all the judicial stages to reach the constitutional court, Izz Al-Deen told Um Derman radio station. His comments were cited Friday by the official Sudanese News Agency.

Ibrahim says she was born to a Sudanese Muslim father and an Ethiopian Orthodox mother. Her father left when she was age 6, and she was raised by her mother as a Christian.

The court warned her to renounce her Christianity by Thursday, but she held firm to her beliefs.

But the parliament speaker said that claims she was raised as non-Muslim are untrue.

She is a Muslim raised in an Islamic environment and the person who filed the charges is her brother, who is also a Muslim, according to Izz Al-Deen.

Her brother filed a complaint alleging she had gone missing for several years and her family was shocked to find out she married a Christian, according to her lawyer.

However, because her father was Muslim, the courts considered her one too, which would mean her marriage to a non-Muslim man is void.

Pregnant with toddler in prison

Ibrahim’s husband is struggling to survive.

He uses a wheelchair and “totally depends on her for all details of his life,” said Mohamed Jar Elnabi, her lawyer.

In addition to her pregnancy, the couple’s 20-month-old toddler is with her in prison, and he is getting regular ailments due to lack of hygiene and the presence of bugs, the lawyer said.

She’s having a difficult pregnancy, and a request to send her to a private hospital was denied, the lawyer said.

There also is the question of the timing of a potential execution.

In past cases involving pregnant or nursing women, the Sudanese government waited until the mother weaned her child before executing any sentence, said Christian Solidarity Worldwidespokeswoman Kiri Kankhwende.

“The fact that a woman could be sentenced to death for her religious choice, and to flogging for being married to a man of an allegedly different religion, is abhorrent and should never be even considered,” said Manar Idriss, Amnesty International’s Sudan researcher.

Katherine Perks with the African Centre for Justice and Peace Studies said the verdict goes against Sudan’s “own constitution and commitments made under regional and international law.”

Foreign embassies in Khartoum, including those of the United States, United Kingdom and Canada, urged the government to reverse course.