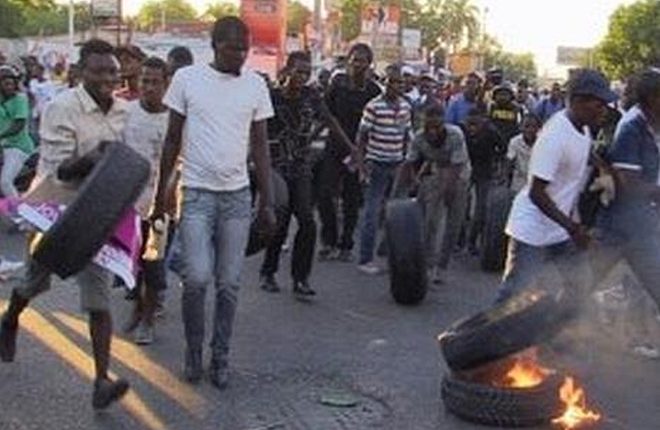 A few hours after the publication on Monday night of the preliminary results of the presidential election of November 20 in Haiti, supporters of other parties and candidates, who challenged the declared victory of Jovenel Moïse, took the streets in sometimes violent protests.

Gunfire from automatic weapons of unidentified origin has been reported, causing panic among the population in some areas, with violent actions by protesters increasing.