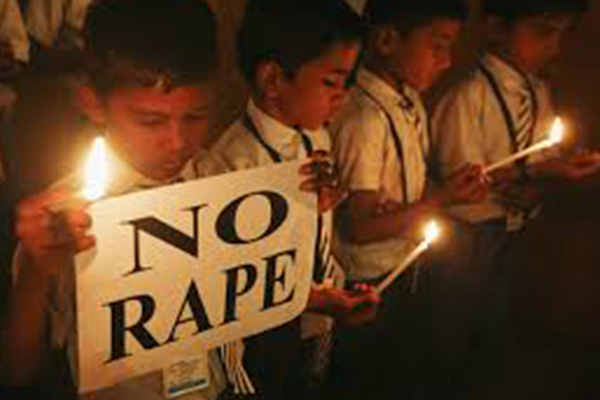 New Delhi (CNN) — A 20-year-old woman in India has alleged that she was gang-raped by a group of men this week after the head of a village ordered them to do so, police in West Bengal said on Thursday.

Police have arrested 13 men for questioning in the case, and the alleged victim is undergoing medical treatment in a hospital, Chowdhury said.

“I think this is absolutely inhuman and it is completely outrageous and preposterous to say the least,” said Manish Tewari, India’s information and broadcasting minister. “In a democratic country based upon the rule of law, no vigilantism can be permitted. West Bengal government must immediately arrest the accused and ensure that they are given the strictest punishment possible.”

Other politicians expressed similar outrage, and condemned the incident.

“The entire village should be fined and a case should be filed on every one for raping, provoking the rapists and being involved in such a heinous crime,” said K.C. Tyagi, a leader of India’s regional Janata Dal (United) party.

“Shameful incidents are happening in our country… Unless law takes strict action and creates a sense of fear in people, such sad incidents will continue to happen,” said Kirti Azad, a leader of India’s main opposition, the Bharatiya Janata Party. “It is very surprising that in a state governed by a female chief minister, a woman is being raped; it is very shameful.”

Violent crimes against women have been in the spotlight in India since a 23-year-old woman was raped and beaten by several men on a bus in December 2012.

The victim later died in a Singapore hospital. The shocking attack provoked outrage across India, leading to calls for improved safety and treatment of women.

Since then, the Indian media have intensified their focus on rape cases.

Attacks against foreign women have also been reported.

The 2012 case also prompted lawmakers to change statutes to fast-track the arrest and questioning of anyone implicated in a rape.